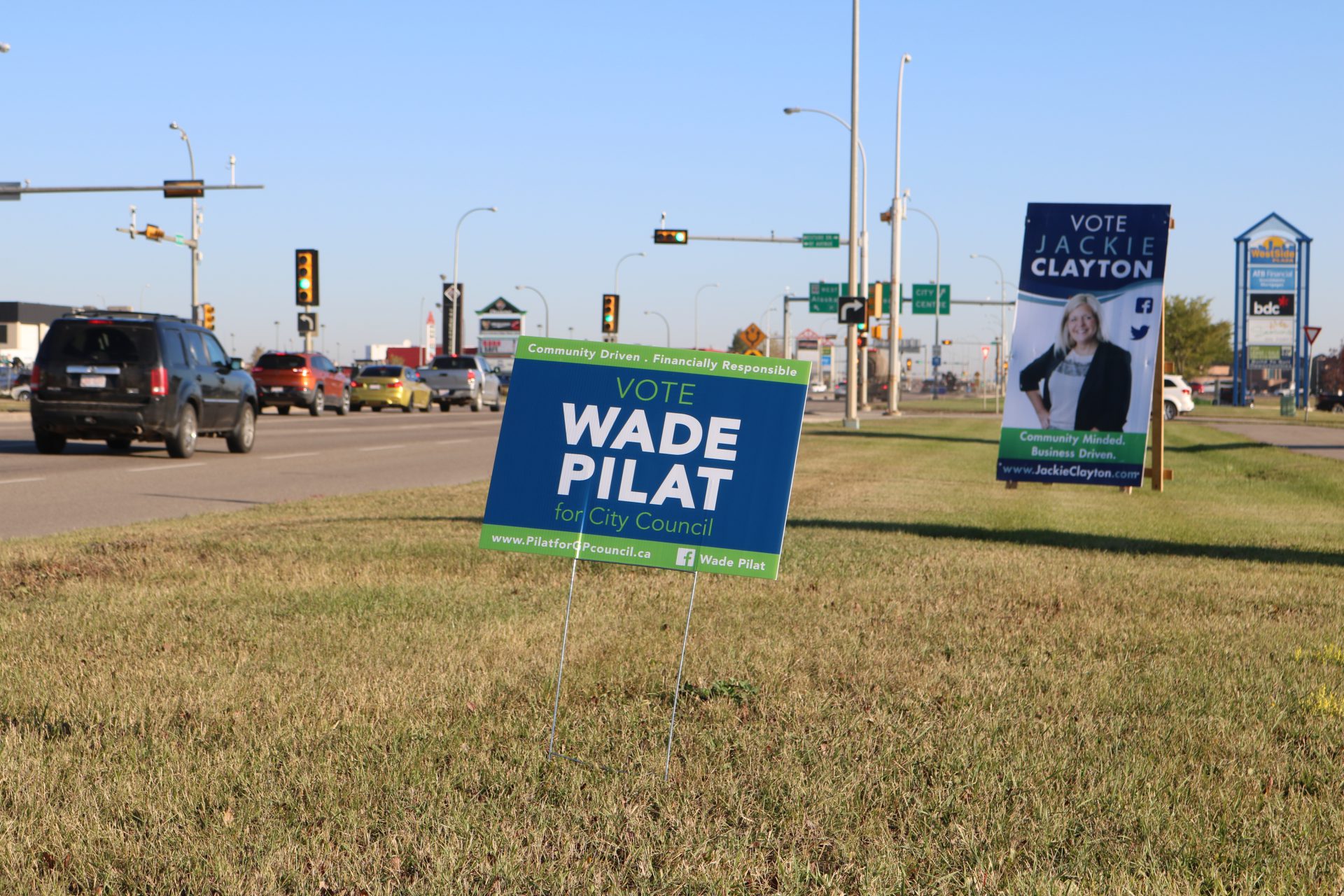 Election signs have started popping up around Grande Prairie, unofficially marking the start of the campaign. The 2017 municipal election campaign officially starts on nomination day, Monday, September 18th, from 10 a.m. to 12 p.m. at City Hall.

So far, 24 people have filed their notice of intent to become candidates to fill one of nine spots on Grande Prairie city council. Returning officer Terri Williams encourages anyone else interested to pay a visit to Legislative Services, so they can learn more about the commitment.

“They’re running to look at working together as a group of all the council to enrich and better the community,” she says. “We talk to them about their time commitment; it can be anywhere from two hours a week up to 80 hours a week all depending on what they choose to get involved with.”

Once the candidates are officially on the ballot, it will be up to them to do what they can to earn votes from the public. That can range from door knocking to hosting public events, and for many, it includes plastering their face and name on signs across the city.

She adds that a candidate can’t place two of their signs within 20 metres of each other, and can’t put them somewhere where they could impede the safety of traffic or pedestrians. There are also guidelines for how far they must be from street corners, schools, and construction sites. All signs need to be removed within seven days of the election.

Potential candidates and the public can find more information on the upcoming election on the city’s website. It will be updated with the official list of who’s running and for what position after nomination day.

Grande Prairie residents head to the polls on October 16, 2017.