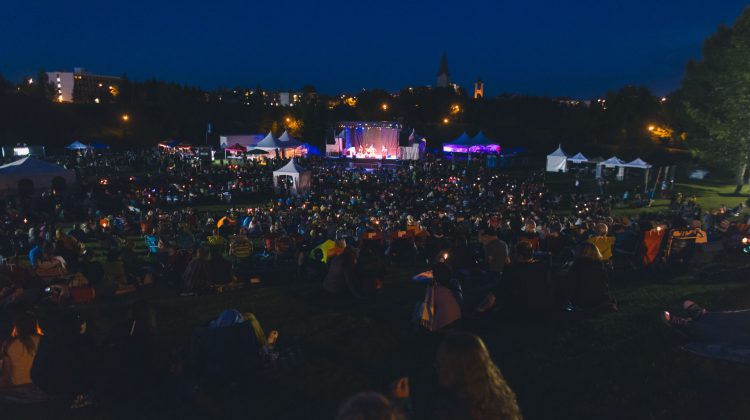 It was a highly debated decision, but city council has awarded $100,000 from its new Large Scale Tourism Events fund to the Bear Creek Folk Festival. A total of $200,000 was put aside in this year’s budget to help support large events that bring people from outside the region into the city.

Founder and organizer Sarah Card says the inaugural event in 2016 saw half of its tickets purchased by people from out of town. This year, they’re seeing interest from as far away as Nova Scotia and the United States.

“It really does have quite a wide range. The bulk of the out of town sales are concentrated in the Edmonton area and into southern Alberta, and just over the border into places like Fort St. John, which is really exciting to us.

She adds that people taking surveys last year found that the vast majority of people who came in from out of town came specifically for the festival.

Council voted to invest the money at Tuesday night’s meeting, based on the recommendation made by the Community Living Committee earlier in the day. Some city councillors expressed concern about giving the festival more money, after giving it a $50,000 bailout in 2016, on top of $14,000 received from the Arts Development Committee. They had asked for $100,000 to cover almost all of their shortfall.

“I just don’t want to see the majority of money going to something that’s only been in operation for one year, and they’ve already got $88,000 from the city… from previous years,” argued Councillor Kevin O’Toole.

However, chair Rory Tarant maintained that the event fit the criteria laid out for the new fund, and noted that the policy could be changed in the future.

“I feel very comfortable with the process that it was thoroughly vetted and I believe that this application meets all the tenets we laid out within the policy. Frankly, I think it’s quite incredible in there was a lot of disbelief when we saw some of those numbers because it’s rare for a start up festival to attract that type of clientele from outside of the area.”

The $14,000 from the Arts Development Committee will be returned as part of the funding.

Council also approved $50,000 from the event fund for the Grande Prairie Stompede, which celebrated its 40th year in 2017. That decision was much less controversial, as many councillors noted they have a proven track record of success bringing in foreign audiences.