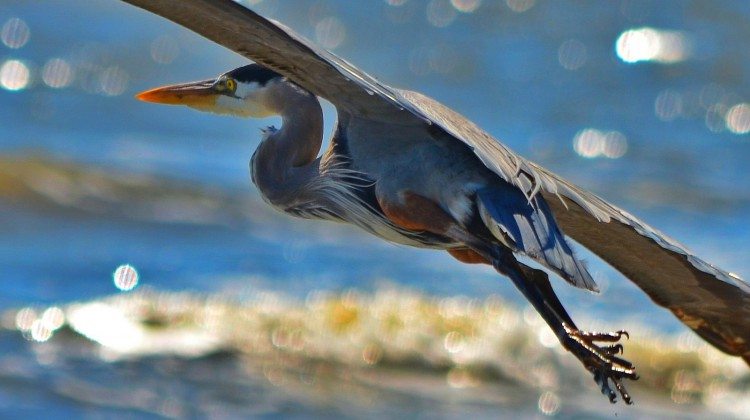 UPDATE: Greenpeace has reacted to the charges with a call for further action:

“We are glad to see charges finally being laid against Syncrude, a company with a history of bird deaths on their tar sands operations. Syncrude didn’t have the safety equipment in place to protect these birds and, despite repeated assurances, continues to rack up an alarming number of wildlife incidents. While we welcome the charges, the government needs to increase the penalties these companies face and begin to take action on the toxic waste water and tailings ponds that are growing by the minute. A fine that can be paid off by a few hours’ profit doesn’t send much of a signal to the company or to industry, and as long as these toxic ponds and lakes are around, these preventable deaths will continue to happen.”

Syncrude Canada has been charged after 31 blue herons were found dead at their Mildred Lake oilsands mine two summers ago. The birds were discovered on August 5th, 2015, and the incident was reported to the Alberta Energy Regulator two days later.

At the time, one bird was still living, but had to be euthanized. The other 30 were already dead in a run off pond that had bitumen mixed in with the rainwater. It was not a tailings pond.

The AER says Syncrude is charged with one count of failing to store a hazardous substance in a manner than ensure that it does not come into direct contact with, or contaminate, animals under the Environmental Protection and Enhancement Act.

If convicted, the company could be fined up to $500,000. They’ll make their first court appearance on September 27th in Fort McMurray. Syncrude was previously fined $3 million when 1,600 ducks died after landing on a tailings pond at another facility in 2008.

Mildred Lake was also one of the facilities where 196 birds were killed after landing in three tailings ponds in November 2014. The AER found none of the three companies involved were responsible, as intense weather conditions forced the birds to land on the ponds in spite of the deterrents in place.