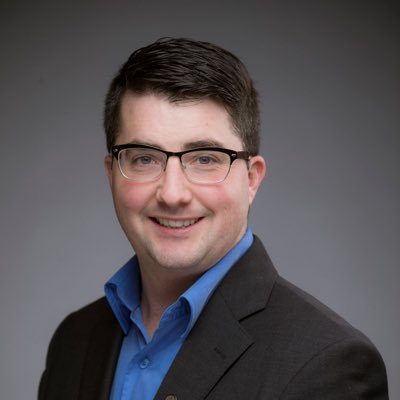 Wildrose MLA for Olds-Didsbury-Three Hills Nathan Cooper is the interim leader for the newly formed United Conservative Party. The Progressive Conservative and Wildrose caucuses met Monday afternoon both in person in Edmonton and on the phone for the decision.

On Saturday, both the Wildrose and PC parties voted 95 per cent in favour of merging. Grande Prairie – Smoky Wildrose MLA Todd Loewen says two other people put their names forward: Calgary-Foothills MLA Prasad Panda and Calgary-Fish Creek MLA Richard Gotfried. Loewen has nothing but praise for the new party’s choice.

“Nathan Cooper’s a great man. He’s honest, hard working, straight forward and he’ll do great leading the party forward in the interim here while we select a new leader.”

Cooper was elected to the Legislative Assembly on May 5, 2015, is the House Leader and currently serves on several committees. Before he was elected, he was the chief of staff and director of legislative affairs for the Wildrose caucus. Cooper has also served two terms as councillor for his hometown of Carstairs.

Loewen says the vibe in Edmonton is positive, with plenty of handshakes and smiles between MLAs. He says the move has been made easier by its overwhelming support.

“The message was so clear with the 95 per cent vote that it was obviously the will of the public, the will of the members, and as I talked to people in the constituency over the last several months, it was very clear what people wanted, so it was an easy thing to go ahead with.”

He adds it helps that the two parties had been working together in opposition to the NDP. Loewen has been with the Wildrose since the 2008 election, and says he will seek the party’s nomination again in the next election. However, he’s not interested in the leadership.

A permanent UCP leader will be elected on October 28. Brian Jean is expected to formally launch his campaign for leader later this afternoon.

With files from Angie Mellen, 106.1 The Goat