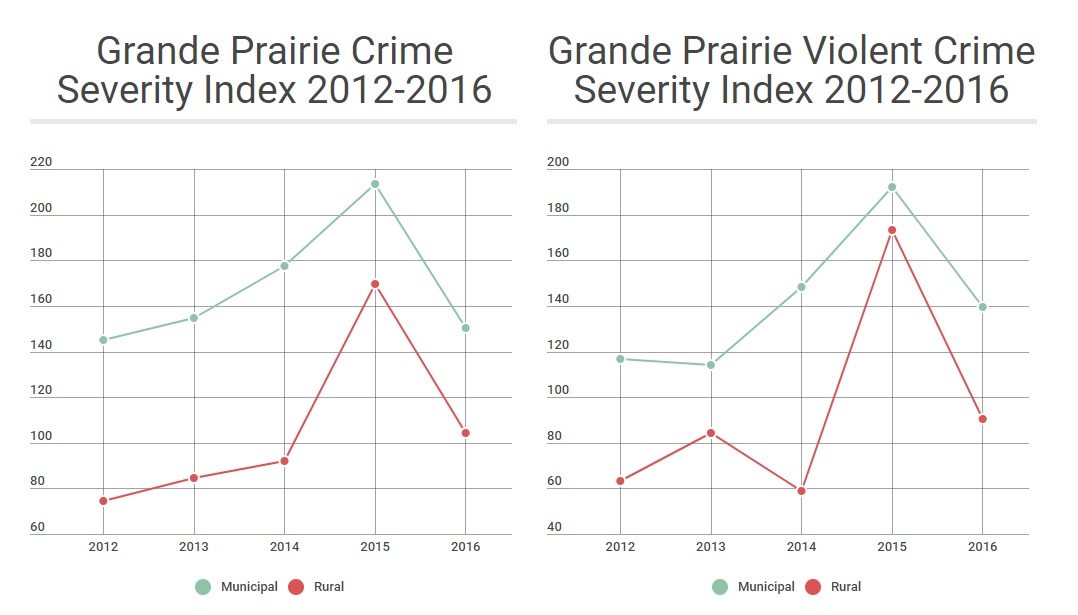 Alberta overall saw its crime severity index drop by one per cent, and notably, its homicide rate fell by 17 per cent. Greater Edmonton had the highest Canada’s second-highest homicide rate last year. One of the biggest findings of this year’s Stats Can survey is that the number of marijuana-related offences reported to police declined for the fifth straight year.

The crime statistics available for other areas in the Peace Country are below: 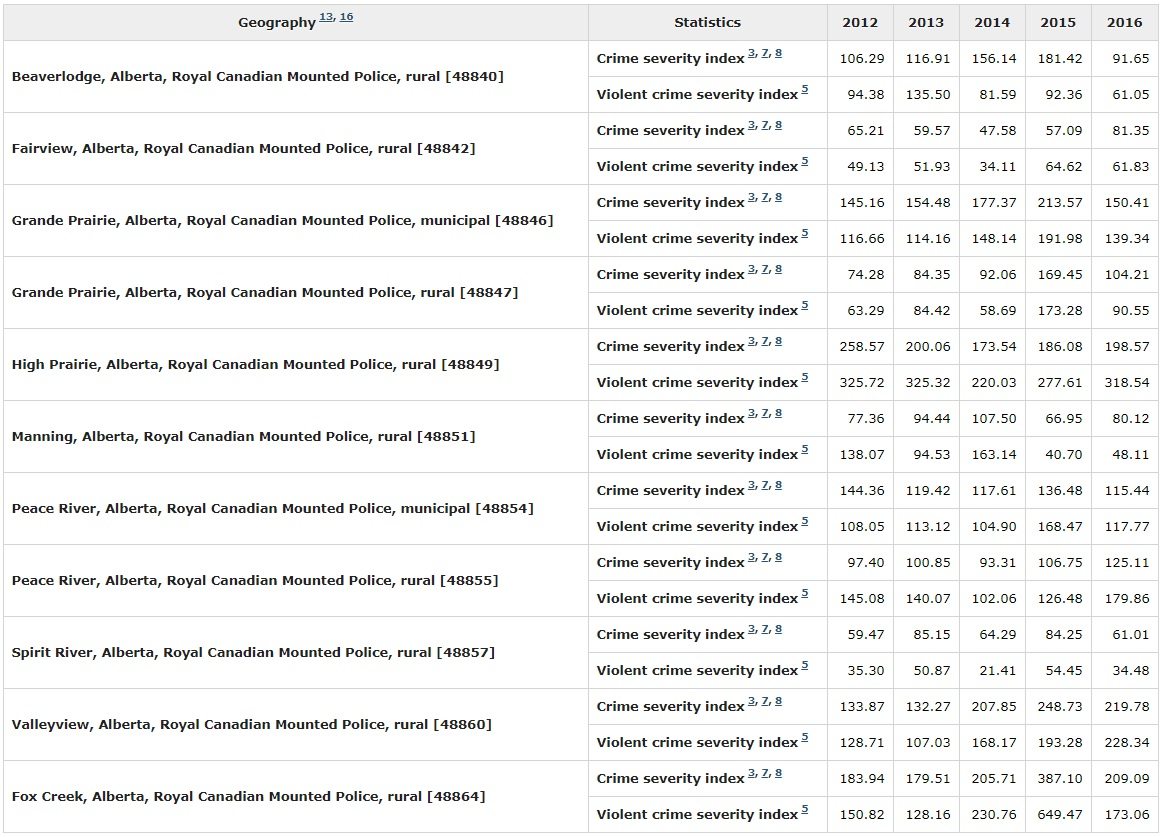