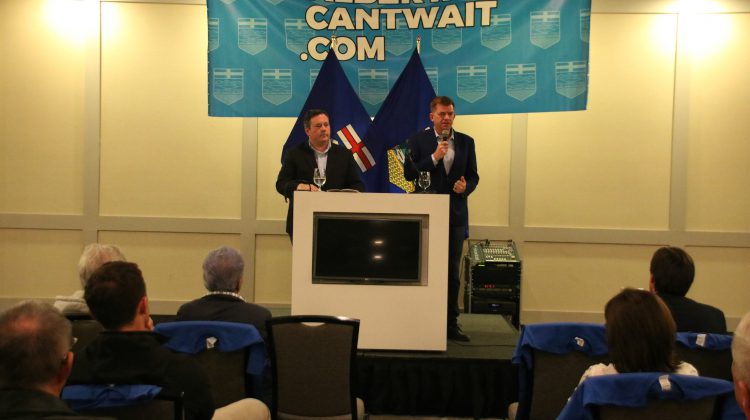 The PC Party MLA in the Grande Prairie area is ready to get to work forming the new United Conservative Party. 95 per cent of the members in both parties have voted in favour of merging. Grande Prairie – Wapiti MLA and PC party whip Wayne Drysdale says he wasn’t surprised by the outcome.

“I knew it would have overwhelming support; I think 95 [per cent] is even higher than I expected.”

Drysdale was part of a board meeting with the PC Association Sunday morning, which he says will likely be their last as a group. He will then be in Edmonton Monday for a joint caucus meeting with the Wildrose to pick an interim leader.

Drysdale says it’s too early to say who he’ll be supporting or whether he plans to run again as a United Conservative Party MLA. He’s been a member since 2008 and understands the end of the PC Party will be tough for many of its members.

“It’s something that Peter Lougheed built and it’s hard to see that come to an end, but that’s the past. I’m excited about where this is going to go in the future, but still at the same you have a bit of remorse, I guess, for the end of an era.”

There are still a lot of questions and concerns surrounding what the new united party will look like and function, but Drysdale says members should turn their focus to setting its direction. He adds that he has a lot of respect for past PC members who have supported him and worked hard to make Alberta “the best province in Canada.”

“I think it’s just a new day in Alberta politics and there’s lot of work to do for a bright future and we should celebrate our great past.”