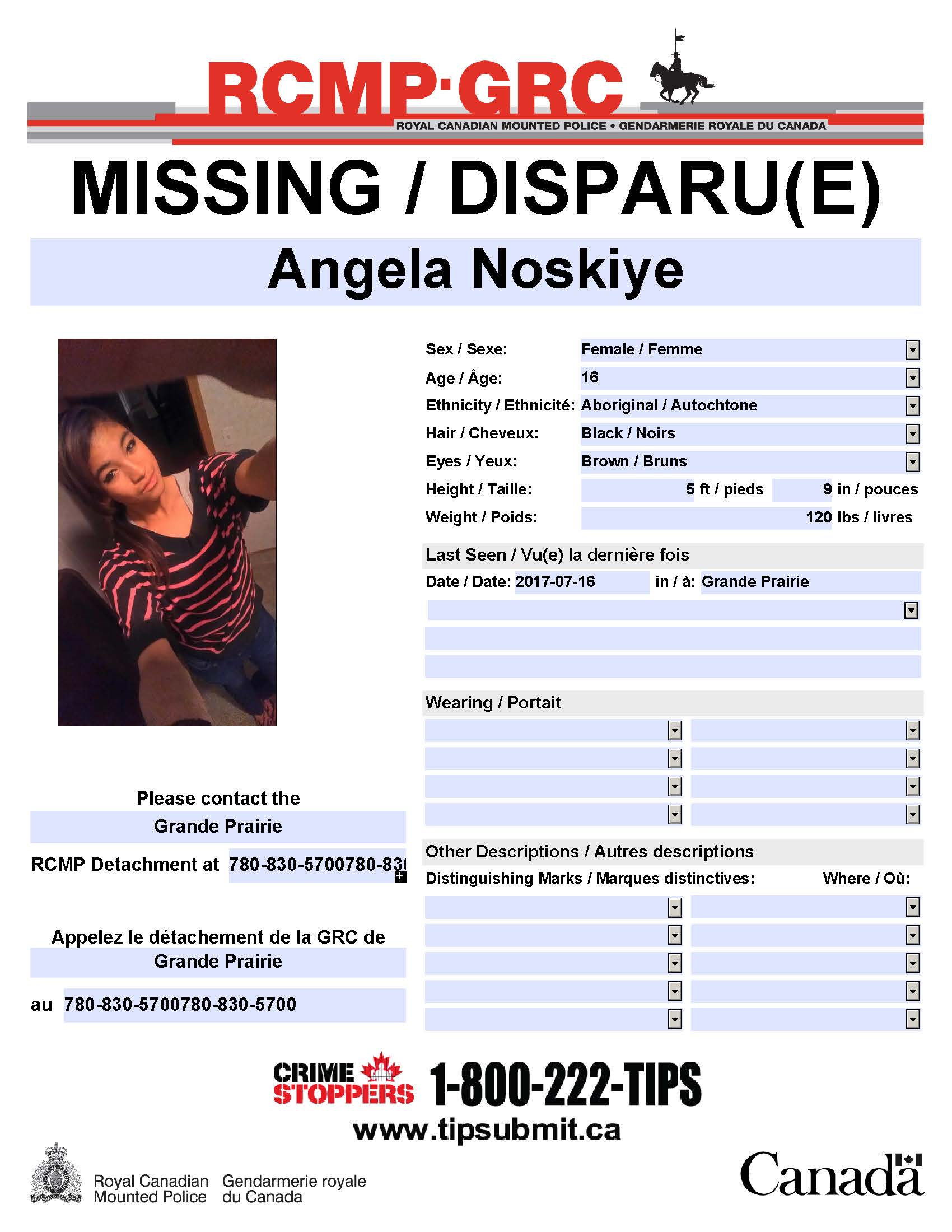 A 16 year old has been reported missing from Grande Prairie. Angela Noskiye is described as Aboriginal with black hair and brown eyes. She is around 5’9″ and weigh around 120 lbs.

Angela was last seen on July 16th in the Swan City. If you know of her whereabouts, contact RCMP or Crime Stoppers.