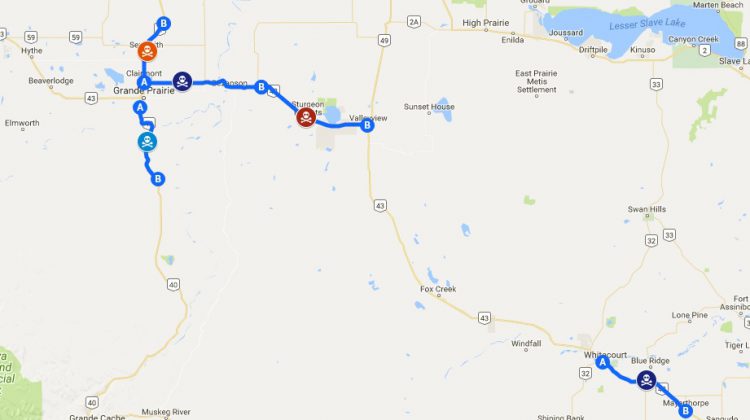 The stretch of Highway 40 from Grande Prairie to the Canfor road is the second most dangerous in northwestern Alberta. Following the Wildrose Party release of the eight sections of highway with the most fatalities in Alberta, Grande Prairie – Smoky MLA Todd Loewen has shared the top five in our part of the province.

Highway 40 just missed the first list, sitting in ninth place with 14 fatal collisions between 2005 and 2014. Highway 43 from Debolt to Valleyview was number one in the region and tied for fourth overall with 16 fatal crashes before it was twinned.

Tied for third in northwestern Alberta with 13 fatal collisions were the stretches of Highway 43 from Clairmont to Debolt and from Whitecourt to Mayerthorpe. Highway 2 from Clairmont to north of Sexsmith rounded out the top five with 12 crashes that ended in a death.

Wildrose transportation critic Grant Hunter has called on the provincial government to make upgrades to the worst highways a priority. 369 people died and 18,745 people were injured in just under 145,000 collisions on Alberta’s highways in 2014 alone.