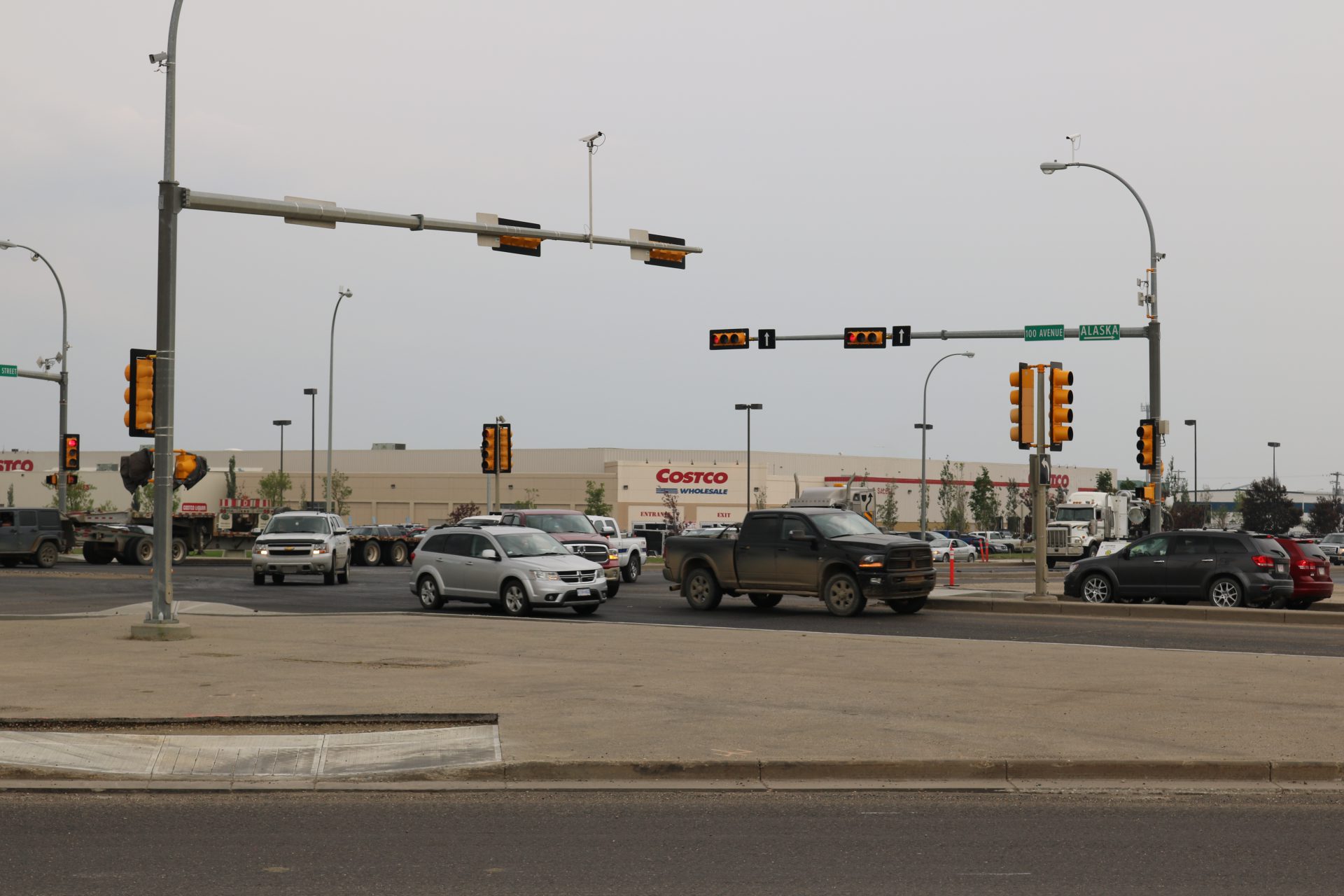 UPDATE: The city says the failure under the intersection has been repaired. Crews will continue to pave overnight through the weekend until the project is finished.

The city has suffered a setback in its construction on 116th Street. Crews have found that the base of the intersection with Highway 43 has failed and needs extensive work before it can be re-paved.

The issue is in the middle of the intersection, but city staff say there’s no imminent danger to the public. However, Capital Construction Manager Hugh Pettigrew says that if it goes unaddressed, it could be a safety issue for workers.

Work is now underway with consultant Bearisto Engineering and Alberta Transportation to come up with a plan to repair the road. It’s expected that will be approved and crews will begin work on repairs.

Pettigrew says they’ll be back to normal paving on 116th Street tonight, with the hope of getting to the foundation by tomorrow night. Once that gets started, traffic will be looking at partial road closures.