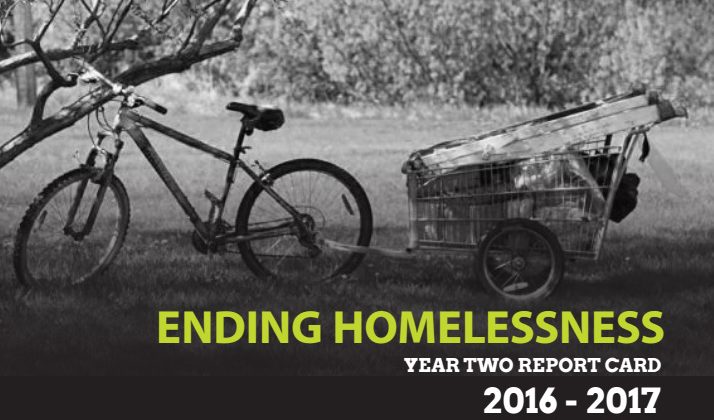 The City of Grande Prairie is two years into its renewed plan to end homelessness, and it seems to be making progress.

92 per cent of the people housed through the Housing First program over the past year have been able to stay in their homes. After six months in housing, 85 per cent were also getting a stable income from a job or the government.

Homeless Initiatives Supervisor Katherine Schmidt adds that they’re seeing a positive spin-off in other parts of the community as well, as visits to the hospital’s emergency room, and interactions with police are down significantly.

“Those are some of those side benefits that aren’t always evident, but if you look at the cost to have someone homeless, versus the cost savings on the side of justice and health services, it actually is more cost efficient to put someone into a home than it is to actually support them in staying homeless.”

The idea behind the Housing First program, which is used in Alberta’s seven biggest cities, is to get people into housing with supports for a short or long period of time, without having to address their complex needs first. Each person is helped on a case-by-case basis.

“For some people, it may be highly successful going out and renting an apartment, and then we’re finding for some individuals, being in an apartment by themselves doesn’t work,” explains Schmidt. “We’re recognizing that one type of housing doesn’t work for everyone.”

Schmidt says one example of success is that 12 people who have struggled with long-term, chronic homelessness, are now permanently housed on the second floor of Rotary House.

“What has shifted there, is that they’re now in a place that they call home with wrap-around supports. That has support from Alberta Health Services – it has support workers 24 hours a day – and that has truly made a huge difference to those 12 individuals.

Schmidt adds that a major focus of their efforts is on preventing people from becoming homeless in the first place. Through the housing loss prevention program, people in crisis and at risk of not having a roof over their head can access supports.

147 people were moved into housing over the past 12 month, and 42 stayed for at least six months. Grande Prairie’s first Youth Transition House has also opened. To fully get rid of homelessness in Grande Prairie, Schmidt says the entire community needs to be involved in some way.

“Every single person in the city can either play a part through education, awareness, getting involved, finding out what they can do, and then really, it’s going to be a community initiative that drives this, as far as us getting everybody housed.”