Stretch of Highway 43 one of Alberta’s most dangerous 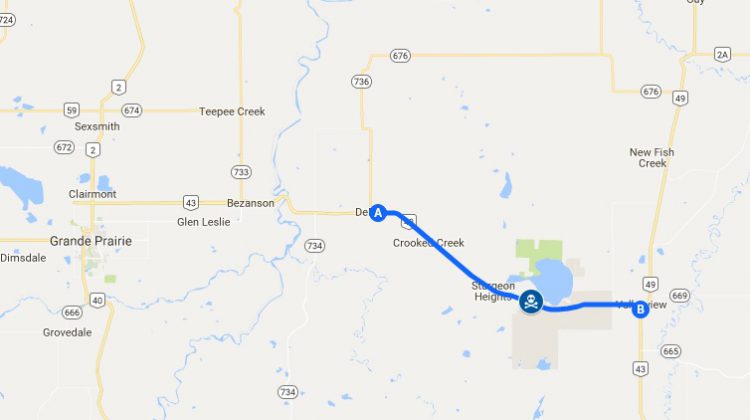 The stretch of Highway 43 from Debolt to Valleyview was tied for fourth most dangerous in the province between 2005 and 2014, Google Maps

Before it was finally twinned in 2014, the stretch of highway between Debolt and Valleyview was one of the deadliest in Alberta. The Wildrose Party has released an interactive map of the eight most dangerous sections of highway in the province, based on a freedom of information request on fatalities from 2005 to 2014.

In that time period, there were 16 fatal crashes on the section of Highway 43 east of Grande Prairie. That tied it for the fourth highest, while Highway 44 from the Yellowhead Highway west of Edmonton up to Westlock took the top spot with 22 fatal crashes.

Wildrose transportation critic Grant Hunter is calling on the provincial government to make upgrades to these highways a priority. In 2014 alone, 369 people died and 18,745 people were injured in just under 145,000 collisions on Alberta’s highways.