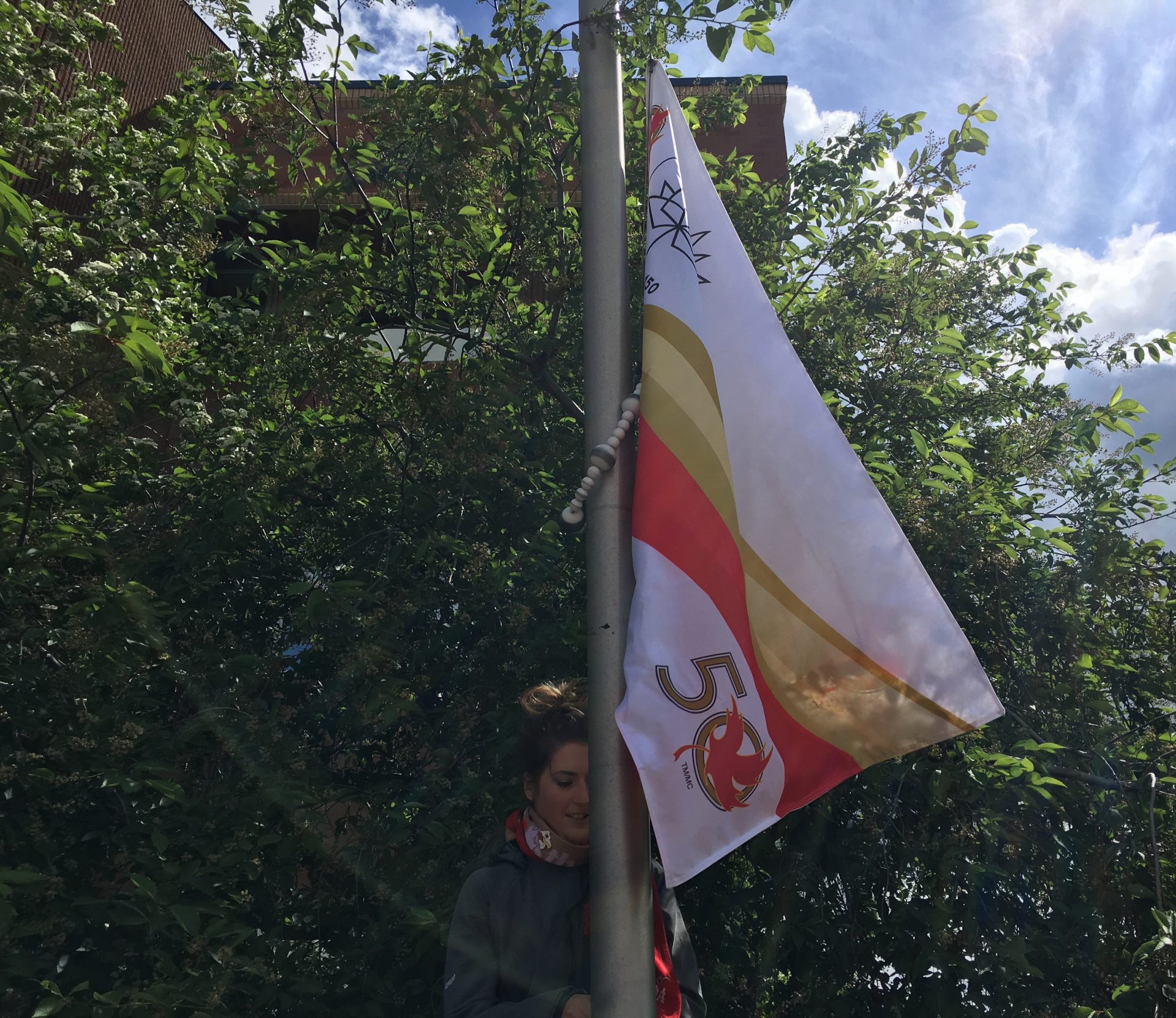 A unique Canada Games 50th Anniversary flag is travelling across the country making a stop in different cities including Grande Prairie.

The flag will eventually end up in Winnipeg for the opening ceremonies for Canada Games 2017 in July. Grande Prairie hosted the games in 1995 and Gord Graydon was the mayor at the time.

“It was a turning point for the city of Grande Prairie. We really grew up during those games. It changed the whole attitude of the community to a “yes we can”. It gave us confidence because we pulled it off. As you may have heard, it was the smallest community to ever host the Canada Games.”

She says Revolution Place, formerly known as the Canada Games Arena, was also something left behind after the event. Following the games, funds are also provided through the Pursuit of Excellence Awards.

A Canada Games mobile museum was stationed at the Eastlink Centre from June 2nd to 4th.