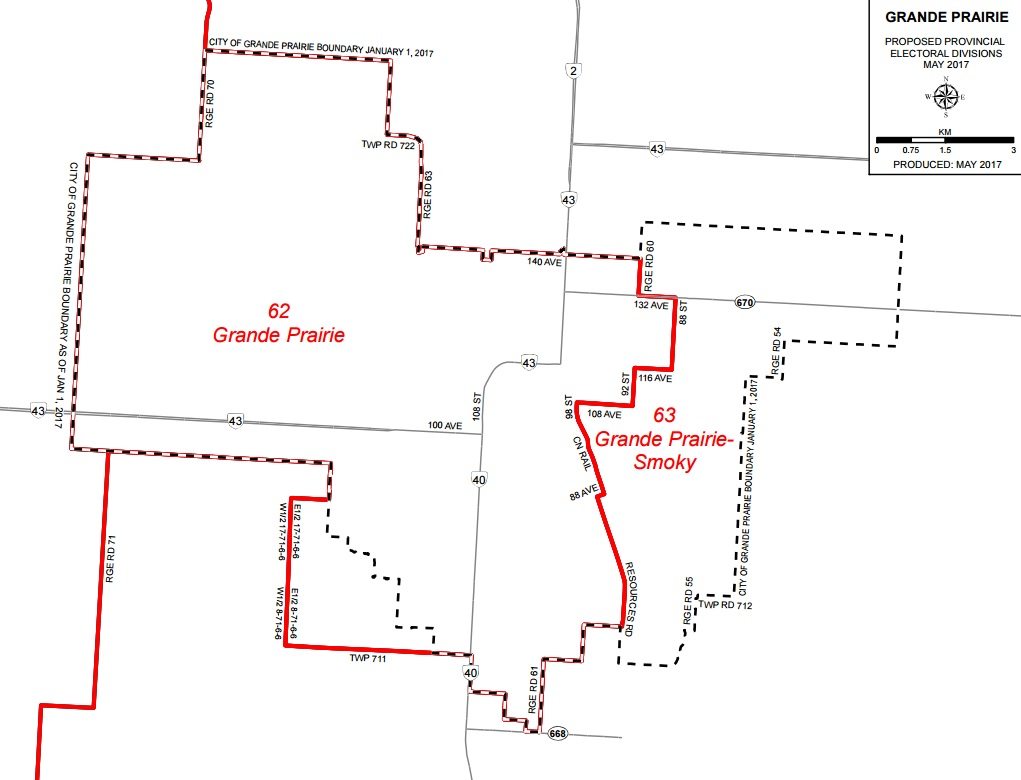 Alberta’s electoral boundaries commission has recommended creating a completely urban electoral division made up of most of the city of Grande Prairie. In a report released Thursday, the commission suggests the eastern border of the current Grande Prairie-Wapiti riding move further east to the railway line.

This suggestion is somewhat in line with what the City of Grande Prairie had asked for, which was one representative inside the city’s boundaries, and one to cover a 25 kilometre radius surrounding it. Many submissions argued the MLA for the city would better be able to address urban issues, like the economic downturn affecting oil and gas production.

“They view the residents of the portions of Grande Prairie-Wapiti living outside the city limits as having primarily agricultural interests; most do not work in the city. This problem is exacerbated in the eyes of these submitters because both parts of the city of Grande Prairie currently fall within blended ridings.”

On the other hand, the County of Grande Prairie had asked to keep the current boundaries, to make sure that everyone is fairly represented and MLAs don’t have to travel too far to see constituents. The commission argues that while other submissions asked for both ridings to keep a blended format, it “doesn’t address the fact that the city of Grande Prairie has grown to the point where such blended ridings would not be evenly balanced between city and rural residents.”

The recommendation is that the rest of the current GP-Wapiti riding, minus a northern section, should be consolidated into the rest of GP-Smoky. If done, the Grande Prairie constituency would have a population of 46,343, and the Grande Prairie-Smoky one a population of 45,094. Right now both the local ridings have around 57,000 residents, already much higher than the provincial average.

Both Central Peace-Notley and Lesser Slave Lake have been allowed to have populations up to 50 per cent of the provincial average, but adding in the northern part of Grande Prairie-Wapiti would move the former up to 32,471, or 30 per cent below provincial average.

“Some submissions advocated for the abolition of this special status for both constituencies. For example, the present electoral division of Dunvegan-Central Peace-Notley could be amalgamated into surrounding areas to create three electoral divisions from four, all of which would have a population close to the provincial average. This could be done by adding Clear Hills County and the Municipal District of Fairview to the electoral division of Peace River and by combining the remaining portions of Dunvegan-Central Peace-Notley with the area covered by the county of Grande Prairie.”

The commission is asking for public input specifically on this move. Another round of consultations will be held this summer, with a stop in Grande Prairie in July. One scheduled for January had to be cancelled due to poor weather and road conditions.

The electoral boundaries commission began its review in December 2016. More than 700 submissions were made online and from groups that attended public hearings. 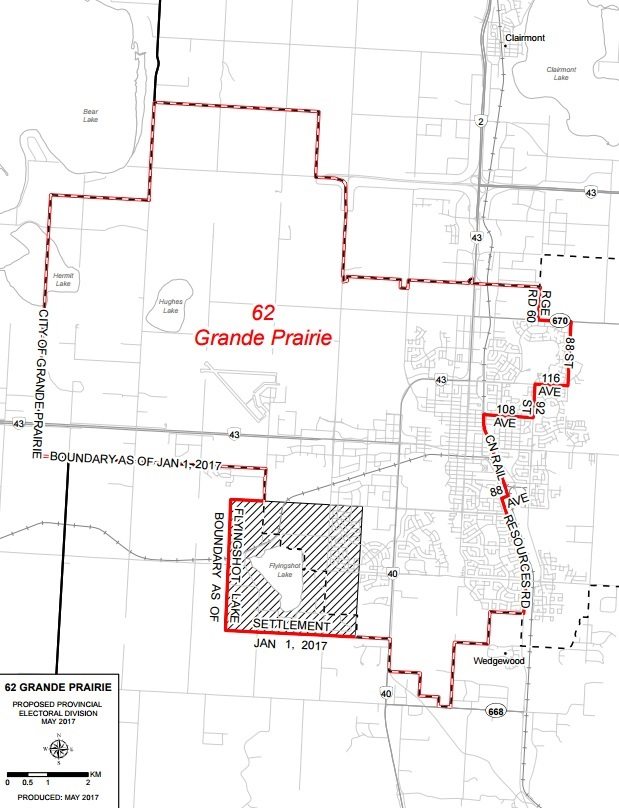 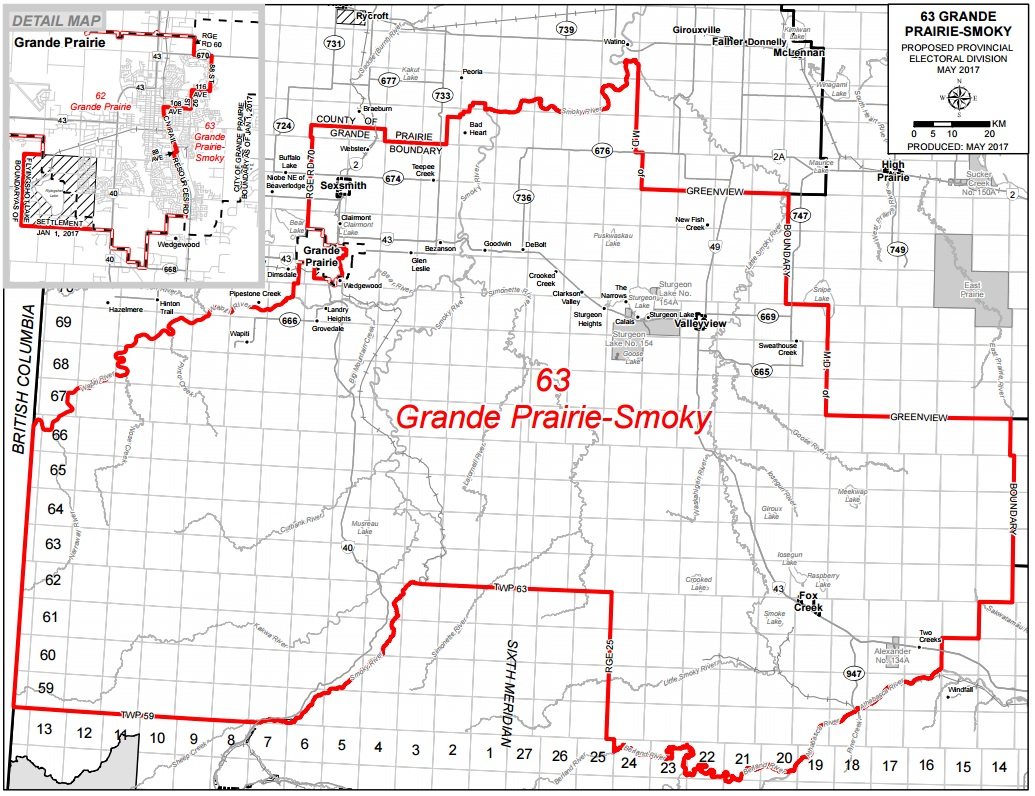