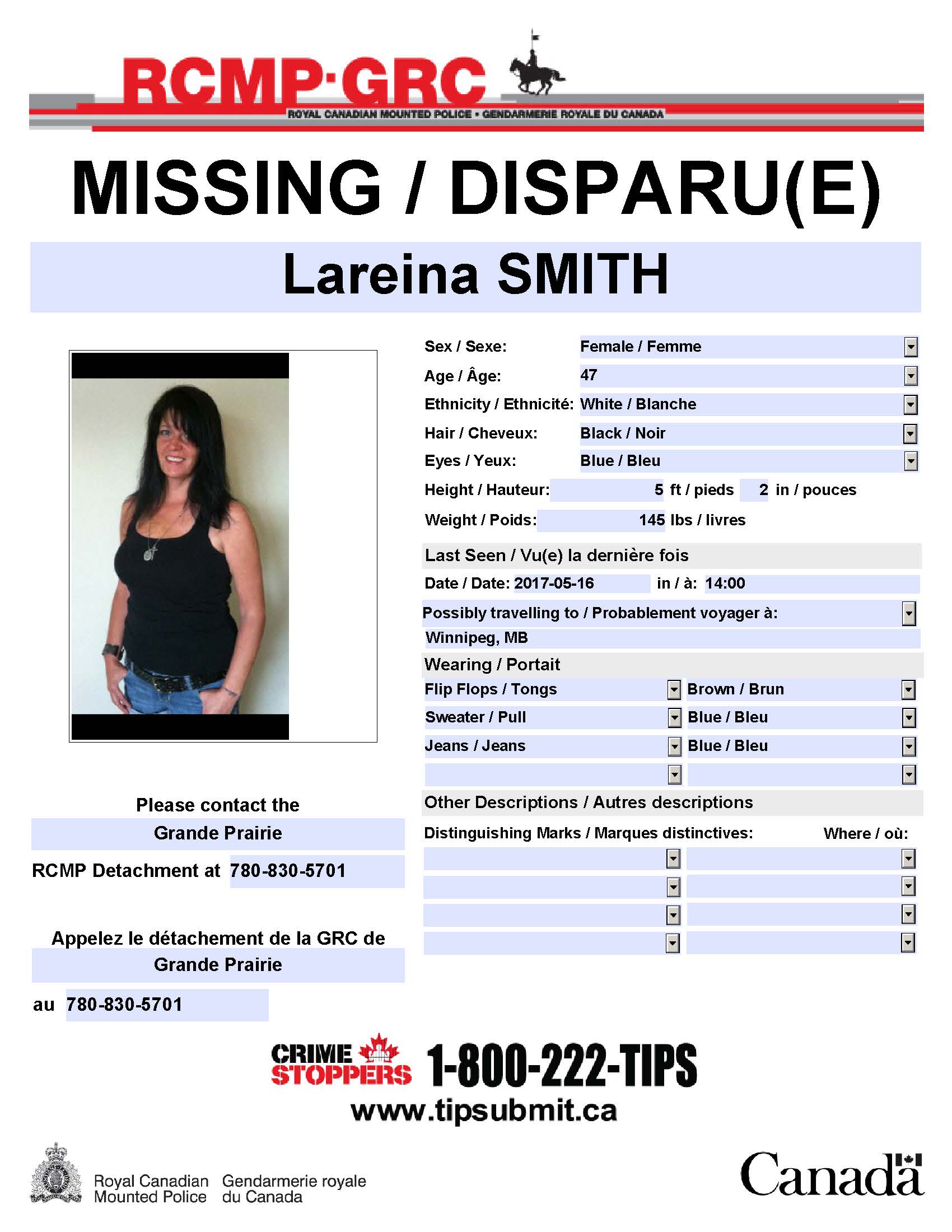 A 47 year old woman has been reporting missing from Grande Prairie. RCMP say Lareina Smith was last seen leaving a hotel in the city around 2 p.m. Tuesday.

There’s concern for her well being, and police are hoping to find her ASAP. It’s possible she may be heading to Winnipeg, Manitoba.

Smith is described as Caucasian, 5’2″, and 145 pounds with black hair and blue eyes. She was last seen wearing a blue sweater, blue jeans and brown flip flops.

Anyone with information on her whereabouts is asked to contact RCMP or Crime Stoppers.