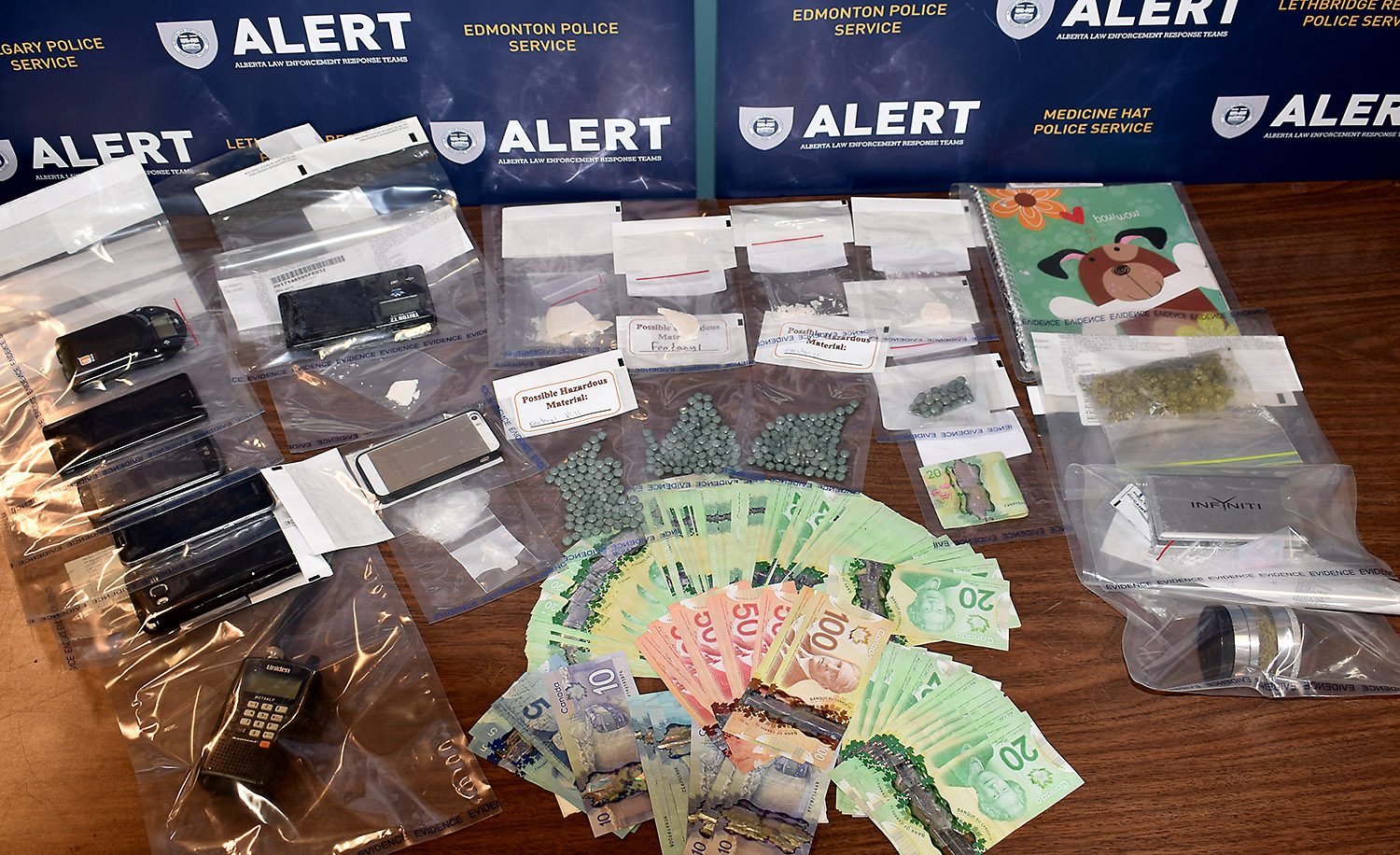 Four people have been arrested after a significant amount of drugs was found at two apartments in the city.

Along with RCMP from Grande Prairie and Peace River, the Alberta Law Enforcement Response Teams searched the apartments in the Smith and Southview neighbourhoods on Tuesday, May 2nd. Their investigation started in early 2017 after getting information about drug trafficking in the region.

327 fentanyl pills were seized, along with nearly 27 grams of crack cocaine, 18 grams of marijuana, four grams of crystal meth, and at least $4,400 in cash.

“There has been quite a bit of awareness and education surrounding the dangers associated with fentanyl, so 327 pills being seized in one location ­– knowing that even one pill can pose a serious health risk to any individual – makes this a significant investigation,” says Staff Sergeant Pamela Robinson, acting officer in charge of regional teams for ALERT.

Youssouf Hassan, Sara Desjarlais, Lemesa Rare and Mulugata Mekonen have all been charged with offences related to possession a controlled substance and for the purpose of trafficking.