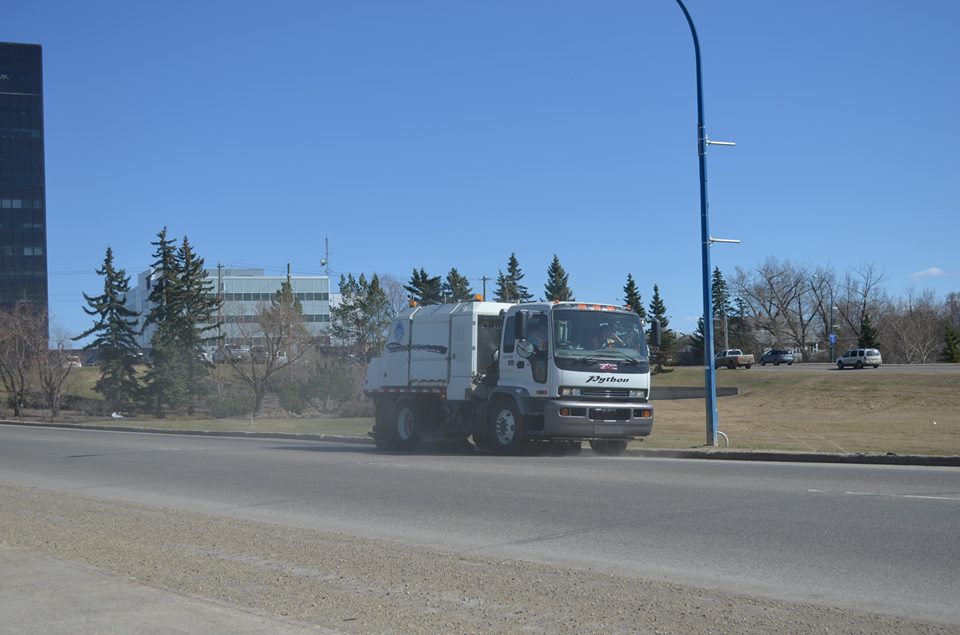 Now that the snow is melting, the city will have crews out cleaning up the streets and boulevards. Transportation Services Manager Robert Carroll says they have four relatively new sweepers this year.

“We expect minimal breakdowns. We all hope to move through this quick and get our first round done quicker than normal. We will see how that goes. There is a lot of debris left over from the winter.”

He says the winter weather had them using more gravel and sand this year which makes a little more to clean up. The sweepers will go through the city similar to the way that the snow plows.

“We have priorities. We will deal with clearing out the intersections on our arterial roads first then our bus routes. That usually takes us between two and four weeks depending on the weather conditions.”

The spring thaw also brings on more potholes on the roads. Carroll says any complaints can be put through their contact centre at the city or online.

“Not many days go by, even in the winter, where we don’t have at least one crew doing some patrols. They are addressing some complaints and concerns that our patrols pick up. We will patch right through the season.”

All holes will be put onto a priority list but Carroll explains that they try to get to them within two days.

This year crews are experimenting with a new cold mix filler that is activated with water and so far, they are having good luck. He says this will be used on the higher traffic areas in hopes that the fixes will hold a little longer.

Although there may be some potholes and dirt on the Highway 43 bypass through Grande Prairie, the city doesn’t handle that work. The province is in charge of the fixes for that section. Carroll explains that any complaints that come into the citizen contact centre are passed on by them to the province.