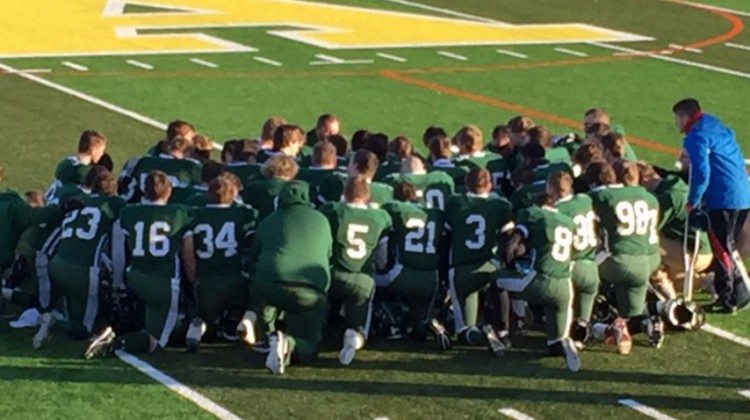 The sports leaders of the peace country have been highlighted as the Sports Excellence Award winners have been announced. The Grande Prairie Sport Council partners with the Alberta Sport DEvelopment Centre-Northwest to bring the awards.

The St. Joseph’s Celtic Football team has raked in another Sports Excellence Award. This is the third year in a row the boys have earned recognition as the Male Team of the Year.

The GP Sport Council named Rob Ostrom as the Developmental Coach of the Year. The football coach has been part of peewee, bantam, and High school levels for the last 12 years. As part of the Celtics for the last 9, he has helped lead the team to 3 provincial tier 2 medals and a Peace Bowl Championships three-peat.

Marjorie McAusland was recognized at the awards ceremony with the Sport Builder Award. She passed away in January. She was recognized for her 30 year involvement in female hockey and minor baseball. Claire Richter was named the Coach of the Year as she has spent the last 11 years coaching the Wapiti Nordic Ski Club.

For the women, the Grande Prairie Regional College Soccer Team were given the Female Team of the Year award. They were up against a volleyball team from Spirit River Regional Academy.

An assistant coach for Track & Field and Soccer is being recognized for their work behind the scenes. Rick Scott took home the Unsung Hero award. He is involved in the Grande Prairie Regional College Wolves team and has been involved in local sport for the past 27 years.

The Outstanding Official Award was handed over to Jean Guillemette as he referees most of the local volleyball tournaments.

Catherine Minic swam her way to winning the Junior Female of the Year Award. Grade 11 student Kinley Link earned her Female Athlete of the Year award through travelling all over the country and world to wrestle.