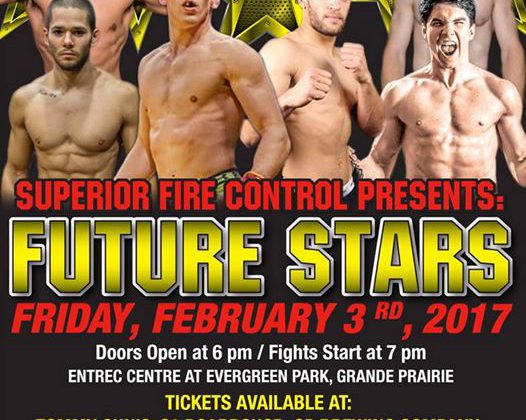 Grande Prairie’s Alex Martinez will be looking to improve his professional MMA record to 2-0 when he steps into the octagon at Evergreen Park tonight. Martinez was ranked second in the world as an amateur lightweight, and won his pro debut in December. He’s up against Edmonton’s Clay Dixon, who is undefeated in four professional fights.

There are 13 fights on the card at the Xcessive Force Fighting Championship 13: Future Stars event. Now that amateur combative sports are allowed in the city, seven of those will fall into that category, while two title belts are up for grabs. However, Spencer Jebb fans will have to wait, as his opponent had to drop out due to issues crossing the U-S border.

Doors open at 6 p.m. with tickets online at evergreenpark.ca.