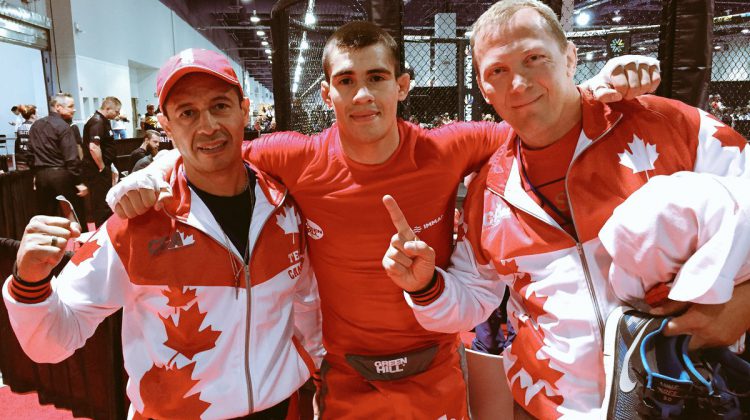 Grande Prairie’s Alex Martinez will compete in the welterweight final at the International MMA Federation World Championships in Las Vegas. The fighter was supposed to meet Cian Cowley of Ireland in the Octagon today, but his opponent suffered an injury earlier in the tournament and wasn’t cleared to compete.

This is the second time Martinez has gotten a bye in the tournament, after his second opponent pulled out. Sunday’s final will be a rematch of last year’s against Will Starks. Martinez took silver in 2015.

Grande Prairie had an impressive trio of athletes head to worlds. Kyle Francotti was disqualified for a neck crank in the first round of his first fight. Jarret Vornbrock TKO’d his first opponent, but lost in a unanimous decision in his second.

Martinez is the last Canadian still competing in the tournament.