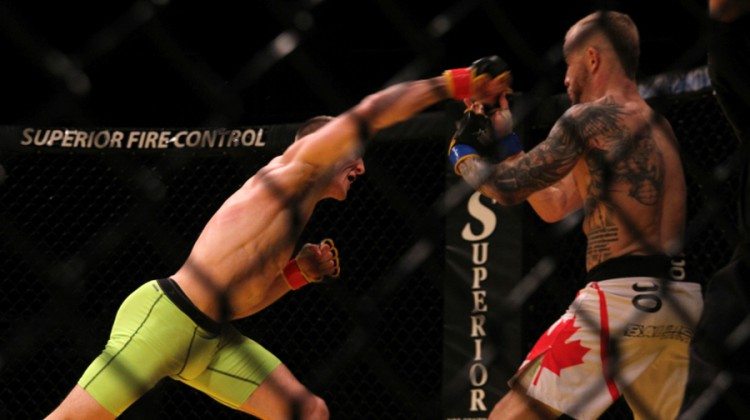 Xcessive Force Fighting Championship 10 will be held at the Entrec Centre tonight, and doubles as a fundraiser for Fort McMurray wildfire relief. It is being called Out of the Ashes and Promoter Darren Cliffe says 100 per cent of the proceeds are going to the efforts.

“We have the number three fight in Canada with Matt Dwyer against Jesse Ronson. Ronson was in our cage at the last show fighting for a title.”

Ronson was originally set to fight in Fort Mac against Michael Hill but it was cancelled because of the fires.

Grande Prairie’s Spencer Jebb was supposed to fight up two weight classes tonight against Marcus Hicks, but that fight is no longer happening.

Cliffe says they still have some local talent.

Isaiah Bedard, moved to Calgary, but he is from Grande Prairie and up against Greg Patino.

“We have another pro fight, Billy Marsh. He’s got a really tough task…Justin Basran. Justin is just a killer wrestler and Billy is in for a tough one so we will see how he does.”

Doors will open at 6 p.m. and tickets are still available.