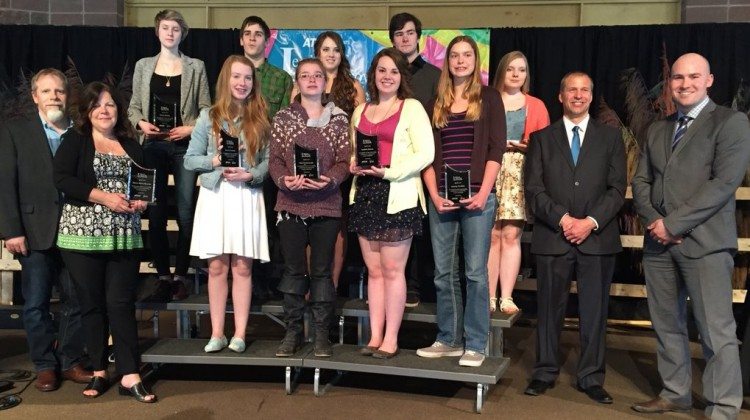 Leaders of Tomorrow from 2016 , Justine Kelsie

Ten volunteers were recognized on Friday for their work in the community. The Leaders of Tomorrow and Volunteer Luncheon had youth ages 13 to 18 receiving awards. Each recipient was given 100 dollars as well as an additional 100 to give to a charity of their choice.

From the 13 to 15 year old category, Brooke Lowen received an award for her work in planning and involvement in school events as well as community charities. Sydney Onrik, Kira Portsmouth, and Isabelle Rorem were recognized in that same category.

Aimee Monroe was honoured with a posthumous award for her work with charities including neurosurgery kids fund, Canadian Cancer Society Relay for Life, and raising money for diabetes. She passed away in March in a skiing accident. Her parents were at the event to receive the award on her behalf.

There were also youth ages 16 to 18 years of age recognized. Savannah McKay, Truelee Love, Erika Stamp, and Blaine Badiuk were given awards for their work in the community. Kirk Portsmouth was given the award for the time he has spent at Red Willow Lodge and other community activities.

The event was presented by ATCO and held at the People’s Church on Friday.