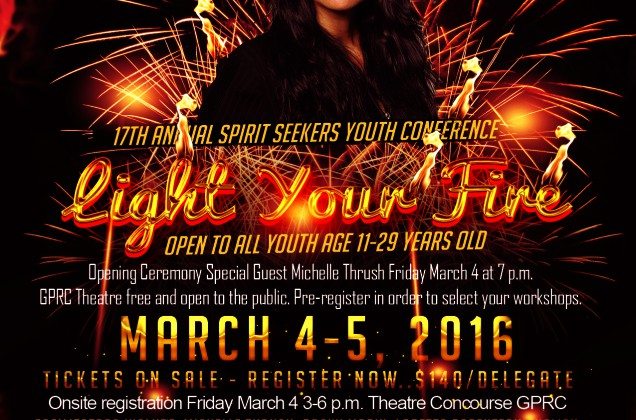 20 young Aboriginal role models have been recognized for having pride in their culture and maintaining a healthy lifestyle. The awards were handed out during the annual Spirit Seekers Youth Conference, held over the weekend at Grande Prairie Regional College.

The goal of the event is to help youth realize their potential and nominations were open to those aged 11 to 29 who have set and reached their goals. One of the biggest awards of the night was handed out to an 11 year old student at Spirit of the North Community School in High Level. Kierra Akinneah took home the Haley Gardner Outstanding Youth Award, named for a girl who died at the age of 14 in a car accident.

One award was given posthumously to 18 year old Donald Moberly, who was killed in a stabbing in Sexsmith last year. The Perseverance Award was accepted by the former Peace Wapiti Academy student’s sisters.