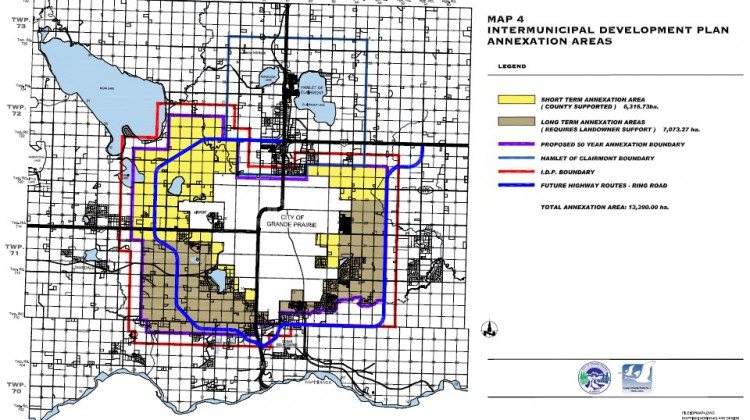 The city is looking at becoming a new kind of municipality. Councillor Rory Tarant says the proposed idea of Grande Prairie becoming a “specialized municipality” may work well with the new addition of the annexed areas of the city.

He adds that there are ways to take advantage of additional provincial dollars as well as systems used in other areas that could be mirrored in the swan city. He explains that other places in the province, that are under the specialized municipality title, have a tiered tax system which have people further away from the urban centre paying less in taxes.

Administration will look at other municipalities of these kind and bring information back on how it would work in the city.

Along with Jasper, the other four places in the province that use this title include the RM of Wood Buffalo, Strathcona County, Mackenzie County and Crowsnest Pass.