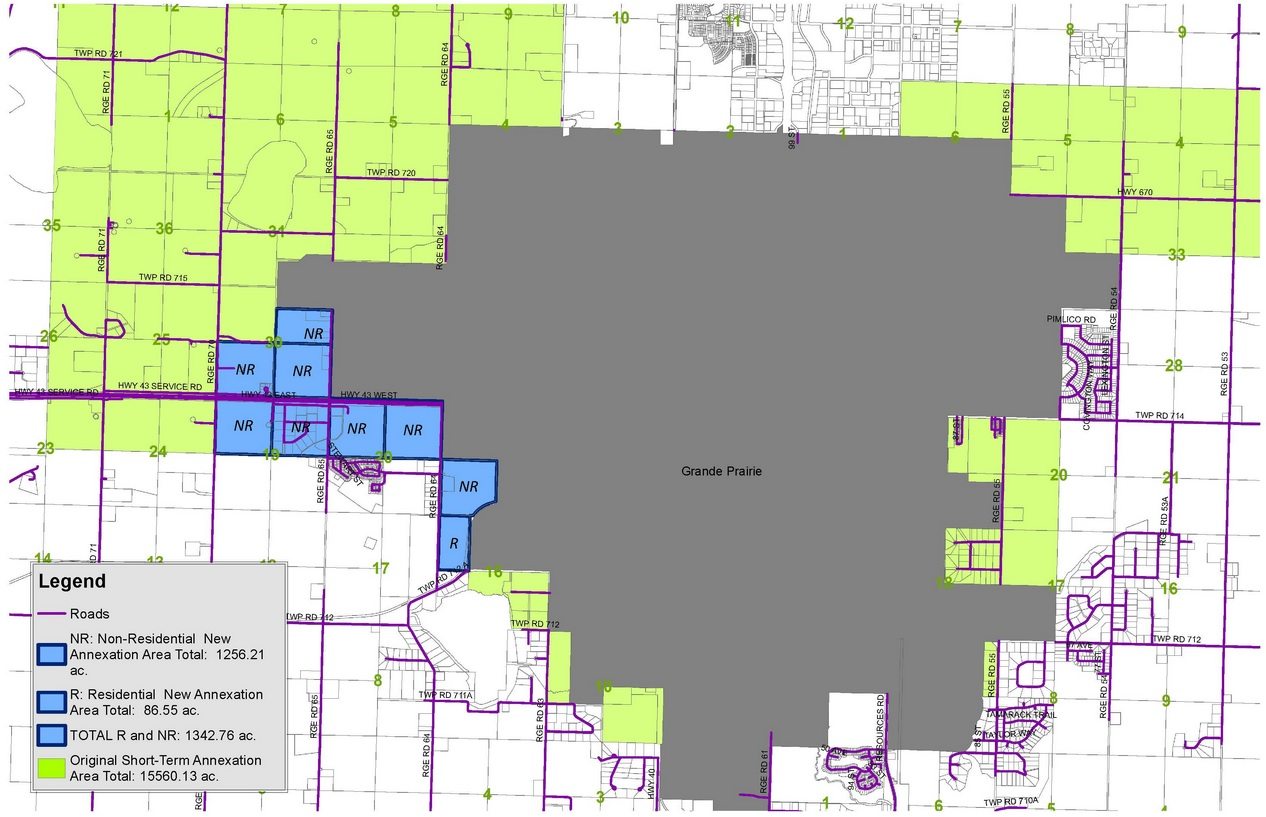 The province has approved the city’s request to annex 6,316 hectares of land from the County of Grande Prairie. Given adds that he’s extremely pleased that their full request was approved.

“This has been a process that has taken very nearly a decade, and I think at this point every one in the region is looking forward to having some certainty. It’s been nearly a decade that we’ve been going through this process, and now we are finally able to come to a conclusion, which is fantastic.”

The city has committed to providing at least the same level of service as the County for things like road grading and snow plowing. The decision is effective January 1st, 2016, a date Mayor Bill Given believes they are prepared for.

“A number of months ago we recognized that it was possible that the provincial government would give us a January 1, 2016 effective date, and so a lot of preparation has been ongoing over the last couple of months so we were ready for any eventuality.”

In total, roughly 300 properties and 200 owners, along with 700 residents are affected. The land is assessed at $1.47 million dollars, which the City will pay back to the County in full next year. The amount of property taxes returned will be phased out by 20 per cent a year.

Landowners will be taxed as if they were still in the county for 20 years if they’re a non-farm property and 30 years if they own a farm, with a five year phase-in period for each. That will stop if they subdivide, rezone, or connect to sewer and water.