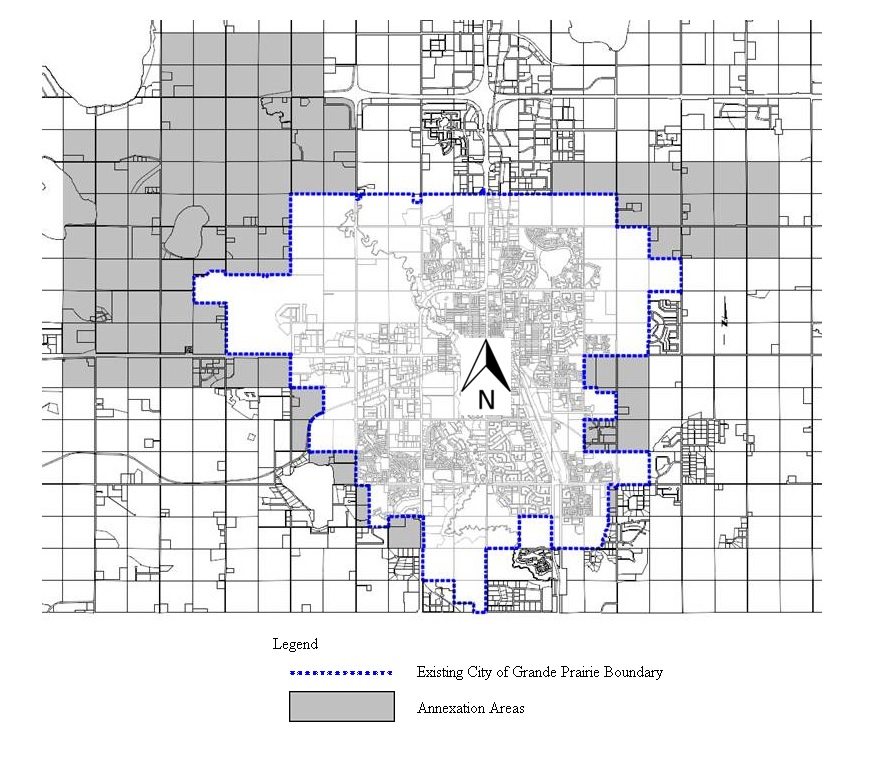 More than a year after annexation merit hearings were held in Grande Prairie last fall, the province’s Municipal Government Board has ruled in favour of the city’s annexation request. The ruling will go into effect in less than two weeks on January 1, 2016.

Mayor Bill Given says the city has been preparing for for an announcement on annexation for some time, and that he believes they will be ready to roll out services to the new residents contained in the 6300 hectare area. Read more on his position here.

The orders in council state that non-farm properties will continue to pay taxes at the County of Grande Prairie’s rates until 2035, which will be followed by a five year transition period to the city’s rates.

Farm properties will not transition to city tax rates until 2045. County Reeve Leanne Beaupre says they have always supported the city’s right to grow, but that she is disappointed the concerns of residents weren’t reflected in the decision. Read more on her position here.