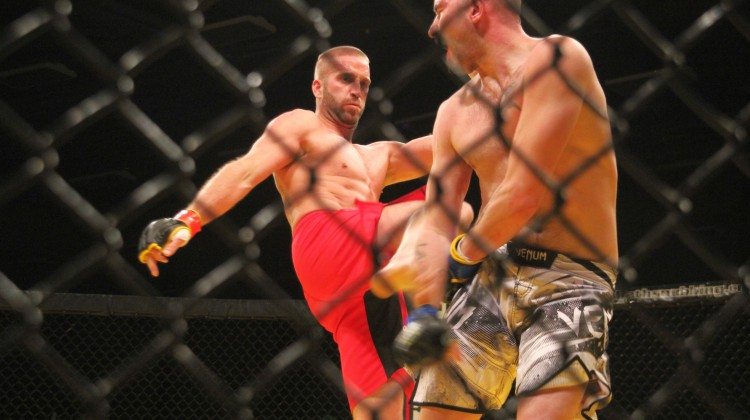 Sterling Freake sure made an impression in his professional fighting debut. The Grande Prairie MMA fighter knocked out Calgary’s Pat Gionette with a head kick just 23 seconds into the second round at Friday’s Xcessive Force Fighting Championship 8: Festival of Fists.

“I started to loosen up late in the first round,” says Freake. “Second round he kind of was looking at my leg and he kept kind of ducking his head in towards my power so I just went for the head kick, so I got the win.”

The fight didn’t end there, as words continued to be had even after it was called, but the two seemed to be able to make up. Freake was clearly the fan favourite at Evergreen Park, and was the only local to come out on top.

A doctor stopped Mario Beetschen’s debut against Menad Abella after the first round, Joel Morin fell to a guillotine choke 1:02 seconds in to his bout with Travis Matthews, and Jessica Maruszczak was submitted via arm bar four minutes into the first round of her fight against Alyssa Krahn.

In the main event, Yoni Sherbatov stole Adrian Wooley’s flyweight title with a knockout just 34 seconds in to the fight. Freake says he’s been asked to fight again this Friday but hasn’t made a decision.