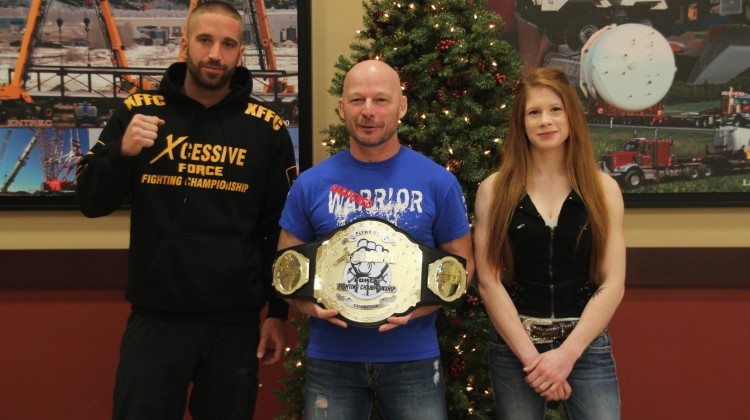 The number four ranked MMA fight in Canada this month is set for this Friday at Evergreen Park. Adrian “The Bully” Wooley will be defending his flyweight title against rising star Yoni Sherbatov at Xcessive Force Fighting Championship’s Festival of Fists. President Darren Cliffe says the fight is a long time coming.

“Sherbatov is trying to take Wooley’s title and Wooley’s not going to give it up very easy, so I expect that fight probably to go all five rounds, probably to decision; I’d be very surprised if either of them could knock each other out, because generally at that weight they don’t have that power, but sometimes it happens.”

Russian Sherbatov debuted last year and is 4-0, while this could be Wooley’s last shot at a UFC contract.

There are several locals on the card as well. Grande Prairie’s Sterling Freake will be making his debut against Calgary’s Pat Gionette, who has a record of 2-5 and regularly fights in GP. Freake says he’s not spending too much time worrying about his opponent.

“It is what it is; I’ll go out there and play my game, not his. He’s a bit of a wild card; he swings from his hips, he’ll throw looping punches. I’m just looking to keep away, work the jab, and see where it goes, hopefully knock out.”

After a loss in her debut last March, Grande Prairie MMA fighter Jessica Maruszczak will back in the octagon Friday night. She admits it’s taken a lot for her to come back, but she believes she’s prepared to take on Edmonton’s Alyssa Krahn, who has a 2-1 record.

“I’ve been working a lot off my back because she’s mostly a wrestler, so I’ve been doing a lot of ground defence, and I’m going to try to keep it standing up and just go for a win by decision, TKO or knock out.”

Also from Grande Prairie, Mario Beetschen will be making his debut in the first fight of the night against Menad Abella of Edmonton. Tickets will be available at the door, and online at www.evergreenpark.ca.