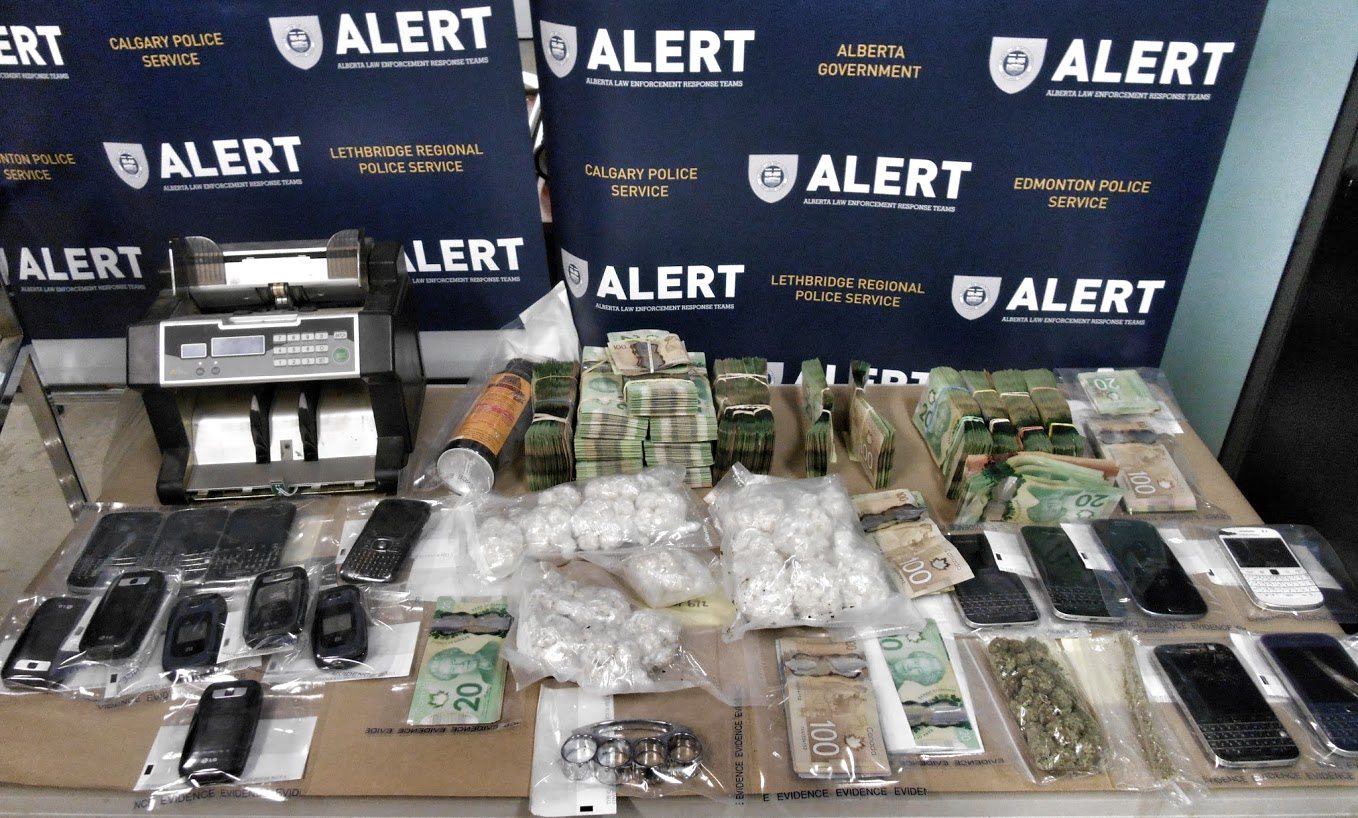 Nearly a kilogram of cocaine and almost $100,000 in cash has been seized by ALERT officers in Grande Prairie.

For the past three months the Alberta Law Enforcement Response Team has been investigating a sophisticated group of drug dealers operating in the city, as well as Clairmont, Wembley, Sexsmith and Edmonton. Inspector Dave Dubnyk says they were using rural locations to stash their drugs, but with three search warrants, ALERT was able to arrest and charge nine people last Thursday.

“Grande Prairie being the size that it is, the ability to take nine drug dealers off the streets is very significant. [They] used a number of anti-detection techniques in an effort to avoid police enforcement.”

In total 740 grams of cocaine packaged for street-level sales was seized from three homes, along with just under $99,000 in cash and give vehicles. ALERT hopes the cash and vehicles will go to civil forfeiture programs.

Muhire and Schwartz were involved in another bust last November, and warrants have been issued for two more men from Toronto: 28 year old Mahamed Abdulle Omer and 28 year old Kahliid Yusif Proctor. All of the men arrested so far have been released on cash bail and will be back in court on January 6th.