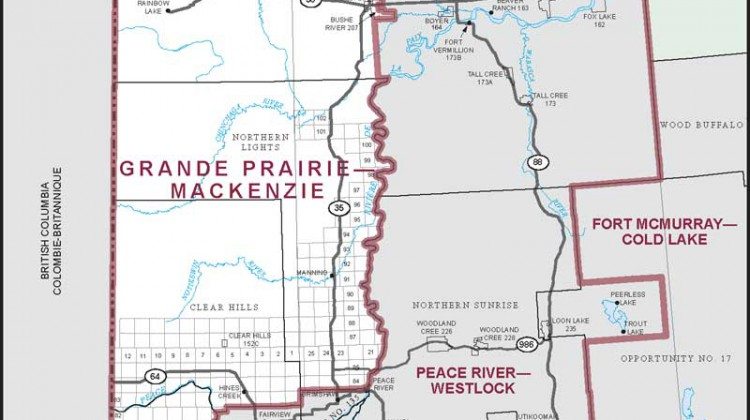 Conservative incumbent Chris Warkentin saw just slightly less support this year than he did during the last election when he ran in the former Peace River riding. Warkentin received 73 per cent of the votes in the new Grande Prairie-Mackenzie riding, just short of the nearly 76 per cent he saw in 2011.

This time around it was the Liberals in second place, as Reagan Johnston got 14.6 per cent of the votes, while the NDP’s Saba Mossagizi received 8.1. The total was rounded out by James Friesen and the Green Party’s 3.1 per cent and Libertarian Dylan Thompson’s 1.2.

Without accounting for people who registered on election day, the region saw 66 per cent voter turnout, as 53,000 of 80,500 registered voters cast a ballot.  Nation-wide voter turnout was more than 68 per cent, the highest since 1993.