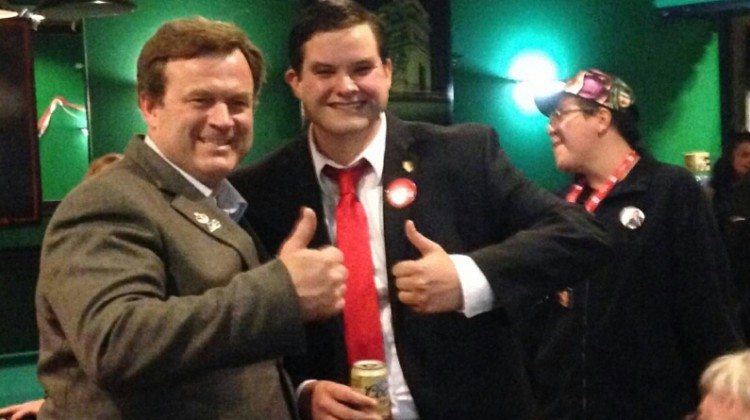 Justin Trudeau will be the next Prime Minister of Canada. The Liberal Party has surged to a majority government win, taking more than 180 ridings and 40 per cent of the popular vote. Grande Prairie-Mackenzie candidate Reagan Johnston may not have been elected MP, but he says he’s excited for his political future.

“I’m not beating myself up. The way I look at it is they finally have a strong Liberal candidate that actually represents these people and actually hears their voice. It’s been an honour to just even be second place; it’s phenomenal as my first time into politics.”

The 30 year old Volkswagen salesman earned roughly 14 per cent of the votes in the new riding, running second to incumbent Chris Warkentin and the Conservatives. Johnston says he plans to remain active with his party in the community.

“Change will come. The Green Party is certainly the party of the future and each election we grow a little more strength. I ran against probably some of the finest candidates in Canada; we get along very well and I love each and every one of them.”

Green Party Leader Elizabeth May kept her seat in the B.C. riding of Saanich-Gulf Islands, but that was the only victory. Bruce Hyer was not elected in Thunder Bay after crossing the floor to the Greens in 2013. Friesen says he would run again in the next election.