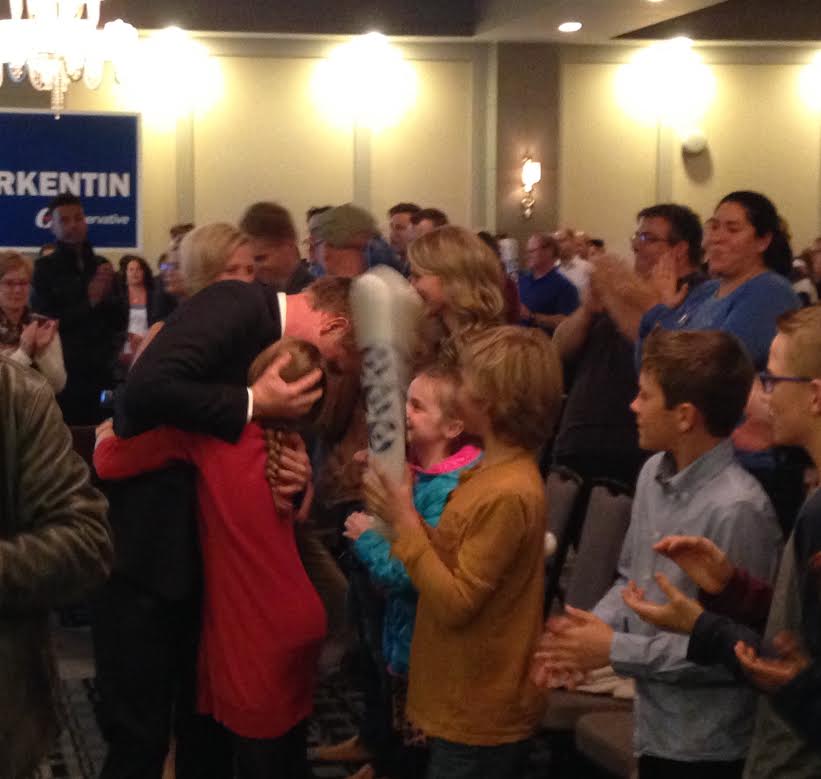 “I think what was important in this campaign is that Albertans and Canadians took a look at what the parties stood for, and I can tell you from what I’ve seen and what I’ve heard over the last 77 days was that Peace Country residents definitely wanted to continue to see the policies of the Conservative Party implemented.”

Warkentin says being an advocate for the Peace region will be just as important now as it was when he was a member of the Conservative government.

“My number one responsibility day in and day out is going to be to represent Peace Country residents to advocate on behalf of them, to ensure their ambitions, that their hopes, and their dreams are represented in Parliament and I look forward to continuing to do that.”

Warkentin was elected with roughly 72* per cent of the vote here in the newly formed riding of Grande Prairie-Mackenzie. He is one of 102* conservative MPs to be elected.

With the federal NDP only winning 41* seats, and earning less than 10 per cent of the votes locally, Grande Prairie-Mackenzie New Democrat candidate Saba Mossagizi is disappointed. She says she wanted to put a bigger dent in the number of votes that went Warkentin’s way.
“People vote for who they vote for, who they’ve always voted for. The Conservatives basically told them that everything’s going to get even worse if you pick anybody else; a lot of people listened to that messaging.”
Mossagizi says she will continue in politics, although the union rep is going to take time to figure out what her next move is.