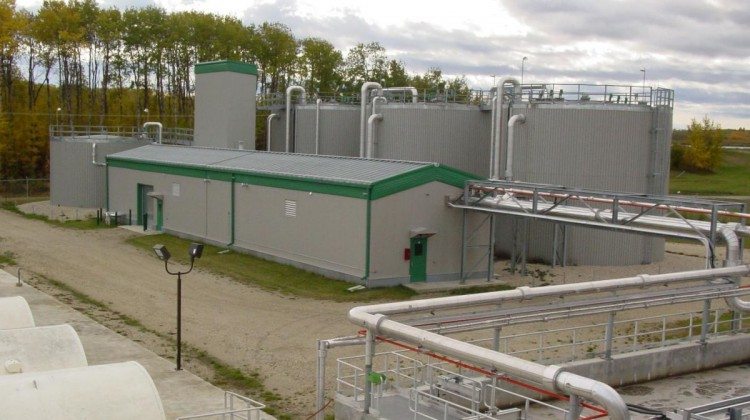 Aquatera is only a few weeks away from completing their upgrades to the wastewater treatment plant. Aquatera CEO Bernd Manz says the upgrades will increase the lifespan of the facility, reduce power costs, and reduce greenhouse gas emissions.

“It’s a $60 million upgrade that’ll give us about 25 years of regional growth. It’ll meet new environmental requirements, improve the quality of effluent going to the river, and includes a landfill gas to energy component.”

There will be no shortage of projects for the utility company once the upgrades are complete however. As the city draws closer to starting work on their downtown enhancement plans, Aquatera is also getting ready to begin the work that they will be doing in tandem with that project, replacing aged sewer lines.

Manz says some of the oldest sewer lines in the city were in built in the 1930s, and still exist in downtown Grande Prairie.

“Certainly the downtown has changed a lot and with some of the plans to intensify development in the downtown and in the Avondale area, it gives us an opportunity while replacing it to also size it to accommodate some of that development that could occur in the future.”

A number of other projects are in early stages or already underway including upgrades to the Wapiti River pump station, the 116 Street trunk main, and a water transmission line out to the Airport Reservoir.