Three titles up for grabs at XFFC VII: Bad Blood 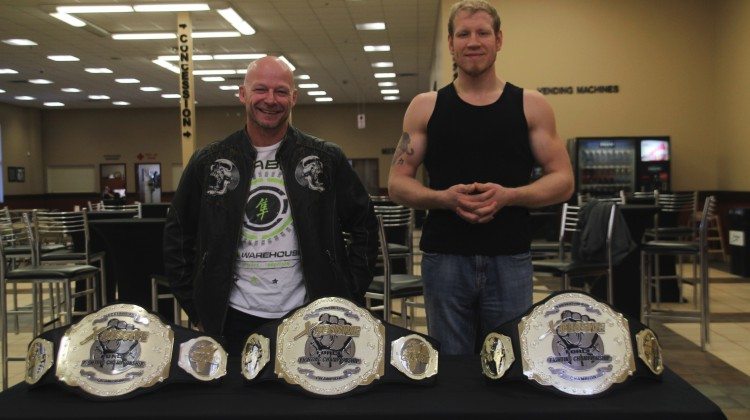 There will be three titles on the line when Xcessive Force Fighting Championship returns to Grande Prairie Friday night. A local is up for one of them, William “The Beserker” Carriere, fighting Todd “The Black Hulk” Stoute in the light heavywight, 205 pound division.

“I’m feeling excited; I’m ready to go out there and show off to all my fans all my hard work I’ve been doing. Everyone supports me so I’ve been putting in lots of time getting ready to rock and roll; I want to go out there and see what I can do. I know he’s a very good striker, a strong guy; he works hard and he’s got a lot of heart. I’m expecting a pretty good battle out of this guy.”

Another belt will go to a heavyweight in the first ever 205 pound fight in Grande Prairie. The third comes the fight the event is titled after: “Bad Blood”. Promoter Darren Cliffe says Matt Baker and Cody Krahn competing for the middleweight title hate each other after meeting in the World Series of Fighting.

“Matt beat Cody on there and held the arm bar a little bit longer than Cody felt like he should. Matt went over and beaked him a little bit because Cody was beaking quite a bit before the fight apparently, so some bad blood’s either going to get settled, or it’s just going to get worse.”

The doors of the Entrec centre open at 6 p.m. with the card starting at 7. Cliffe says the mixed martial arts fan in the crowd will notice some new features.

“We have added a time clock to our screen and you’ll be able to see the actual countdown time on the clock. We’ve also added instant replay; that’s something we’ve been lacking, and now that we have it we’re just one step closer to hitting the Fight Network which is kind of my goal.”

Locals Spencer Jebb and Dayton Roberts are also on the card, along with another all female fight. Tickets are available online at www.evergreenpark.ca and at the door.