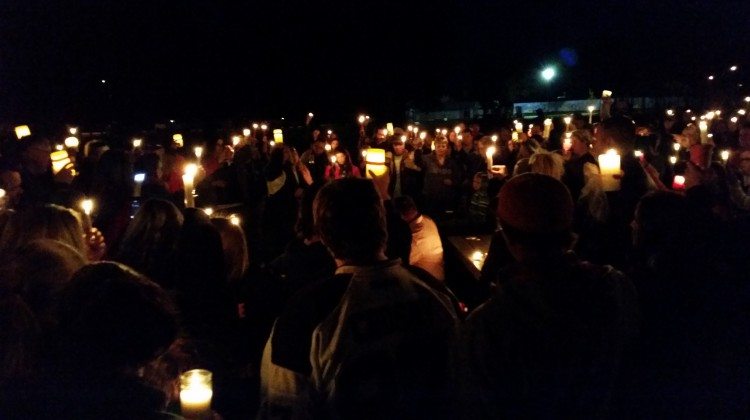 More than 150 Grande Prairie residents gathered in Lions Park last night to pay tribute to Terry Blanchette and his two year old daughter Hailey Dunbar-Blanchette. Organized by members of the TRUE Grande Prairie Facebook group, the vigil included a prayer by Father Remi of Saint Joseph Roman Catholic Church and an original song written for the murder victims by a man identified as Brian.

Grande Prairie and District Victim Services were also on hand with refreshments and help if people needed to talk. Many residents brought pink and blue balloons, which were released into the air after a moment of silence.

Blanchette was found dead in his home Monday morning, and after an Amber Alert and search that spread across three provinces and a state, the remains of Hailey were found in a rural Blairmore area Tuesday night. 22 year old James Saretzky is charged with two counts of first degree murder and one count of indignity to a body for Hailey’s death.