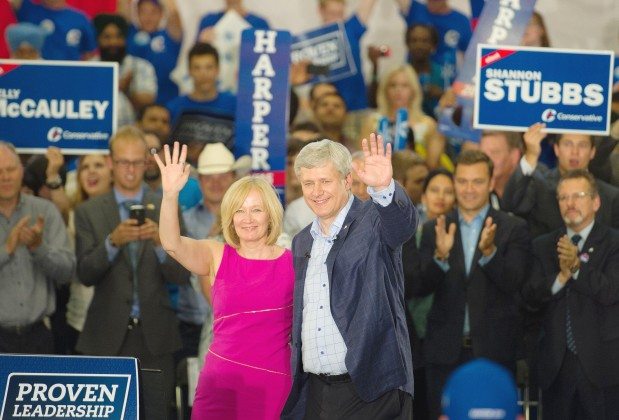 Conservative Leader Stephen Harper has taken another stab at the Alberta NDP. Speaking in the federal riding of Edmonton – Strathcona, the only NDP-held spot in the mostly Conservative province, Harper criticized the provincial government for holding off on a budget until after the federal election.

“Now the new NDP government here in Alberta cannot be blamed for the fall in oil prices. They do not control that any more than we do. But what are they doing about it? Where’s their economic action plan? Where’s their budget?”

This is the second time in a week that Harper has openly criticized the Alberta government. Last week, he called the May elections results a “disaster”. His campaign stop was held at an oil and gas business, where he argued that raising taxes during an economic slowdown is not the answer.

“We already know that our employers are telling us that those tax hikes are already costing jobs. We understand at any time, but especially at times like these, you cannot tax your way to prosperity.”

The PM moves on to Regina today, where Liberal Leader Justin Trudeau spoke on the economy Wednesday. NDP Leader Tom Mulcair has no public events set for today, while Green Party Leader Elizabeth May is in Sydney, B.C.