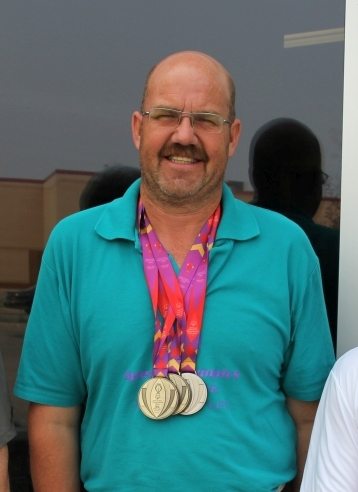 Grande Prairie’s Doug Hutt has won a bronze medal at the 2015 Special Olympics World Games. The local athlete is in Los Angeles competing in 10-pin bowling, with his teammates Aaron Johnson, Olivier Martel and Jordan Miner.

They placed third in the M5 division, behind another Team Canada squad in first, and the U.S. in second. 51 year old Hutt is one of 13 competitors from Alberta taking part in the international event, and celebrated his birthday there the day before his win.