The Clarkson Community Hall at Evergreen Park is getting a major makeover. $450,000 is being spent to renovate the building, thanks to a $224,000 matching grant from the federal government’s 150th anniversary infrastructure program. Evergreen GM Dan Gorman says that will go towards new flooring, upgraded washrooms, and most importantly, bringing the kitchen up to code.

“We’ve done our cooking over at the Entrec Centre the last four or five years and just brought our meals over to the Clarkson Hall, so now it’s going to be wonderful to cook and present the meals right on site.”

Another key reno will be the HVAC system, which Gorman says met standards back when people could smoke inside, so the two foot pipes are now outdated in function and look. The shell of the building, which was first built in the early 80s, will stay intact.

Peace River MP Chris Warkentin made the funding announcement at the hall Monday, saying he has fond memories of attending ag shows and other events when he was a child. He argues it still is an important community space.

“It really is a regional place where people have had some of the most important events of their life; in some cases weddings have happened here, funerals have happened here, communities have gathered for any number of things and I think it’s essential that the community continues to be able to use this facility.”

Renos should start in April 2016, and by done by the end of October. Gorman says they still get lots of bookings, but they should increase after the work is done. He adds that access to the money was made possible by Erna Moon, who was brought in to write the grant. 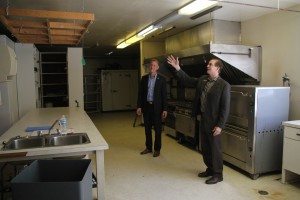 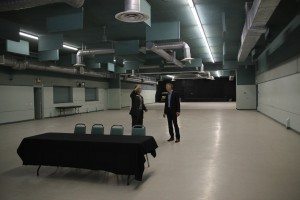