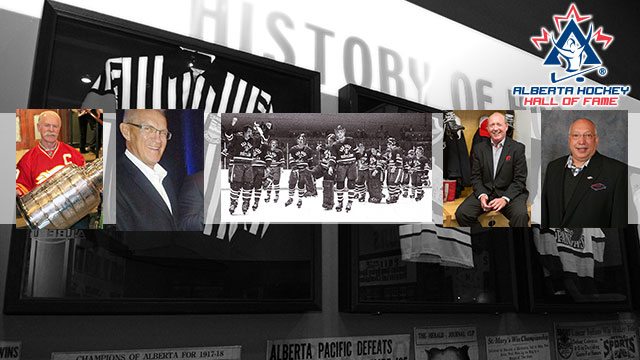 The entire roster of the 1979-1980 Red Deer Rustlers, including two players with links to the Grande Prairie area, were inducted into the Alberta Hockey Hall of Fame over the weekend.

Doug Rigler, who hails from Grande Prairie, and Bob Bedier who coached the Grande Prairie Athletics for a time, were both a part of the team when they claimed a second Centennial Cup in 1980.

The Junior A team also included Randy Moller and Brent, Rich and Ron Sutter. Also inducted into the Alberta Hockey Hall of Fame on Saturday was NHL great Lanny McDonald and Al Hamilton in the achievement category, along with Ken Babey and George Kallay in the builder category.