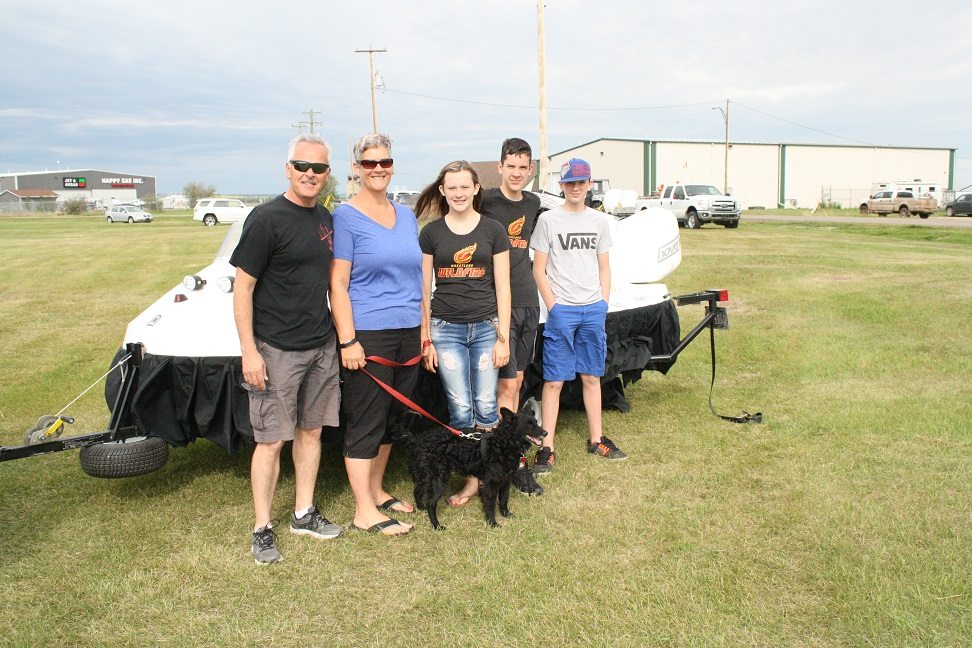 An Alberta family is travelling the province this summer with a bit of an unlikely toy in tow.

Colin Steadman along with his wife and three kids are the proud owners of a 255 kg hovercraft which they are preparing for a trip across Canada next summer.

They made a stop in Grande Prairie earlier today. Steadman says the trip has been a good learning experience for the family.

While this summer’s trip has been a combination of on land and water hovering, Steadman says next year’s cross-country trip will be mostly via Canadian waterways.

“We’re going to take off from Victoria, come across the Strait of Georgia, go straight up the Fraser River, the Thompson River. Once we get to the Bow River, that’s the same piece of water that goes all the way to Thunder Bay, so we’re going to go across the top of the great lakes and we’ll go into the Mattawa River, down the Ottawa River to the St. Lawrence and we’re on our way!”

Steadman says they are also using the hovercraft tour as an opportunity to raise awareness for Threads of Life, and organization that helps families of workplace tragedy victims. 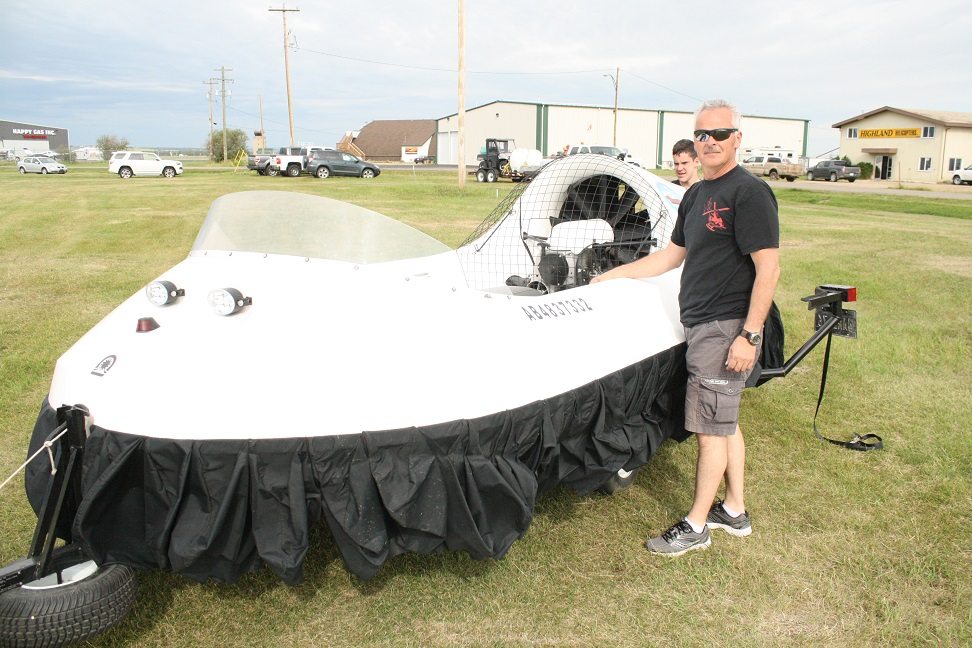