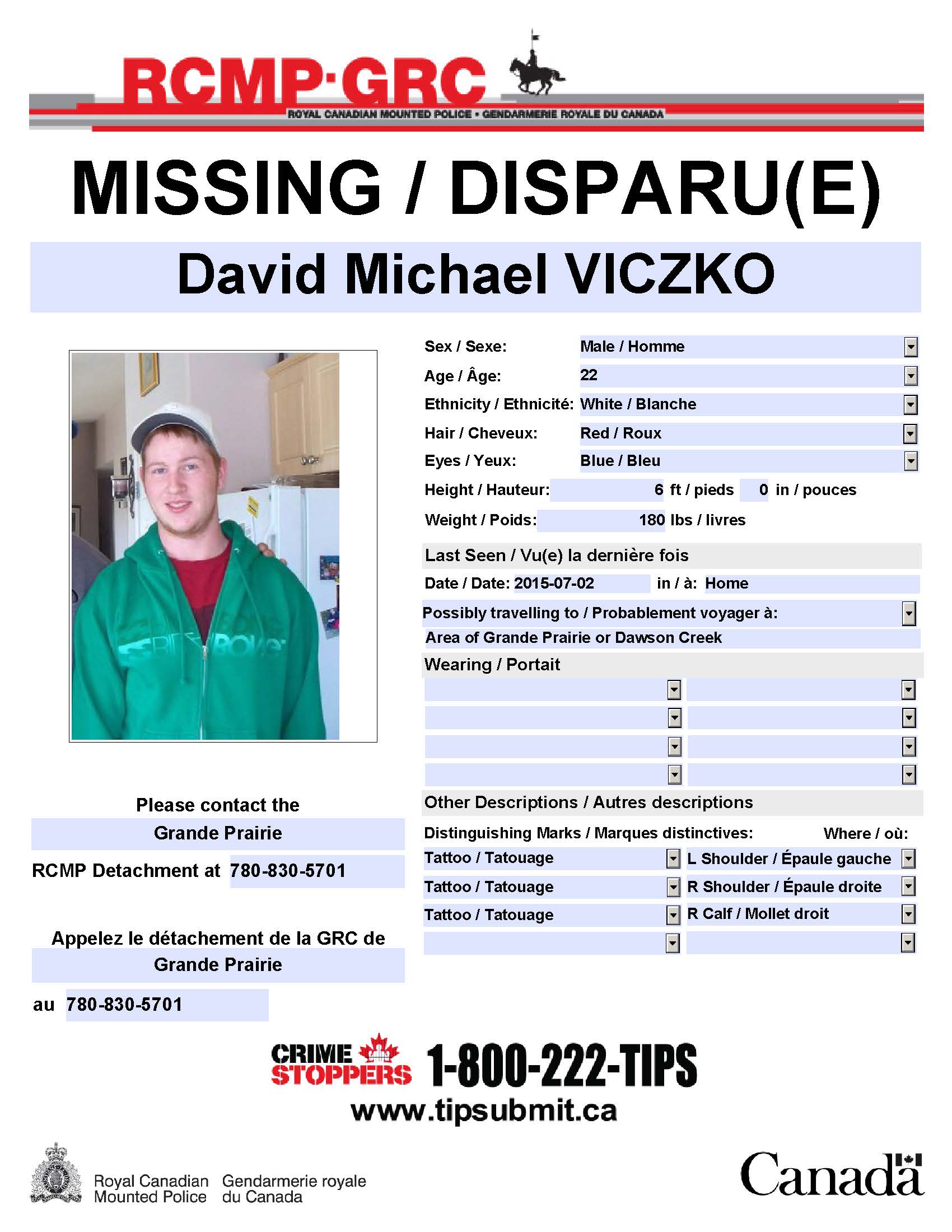 A 22 year old man has been reported missing from rural Grande Prairie. David Michael Viczko regularly calls his family, but when that stopped he was reported missing on July 2nd. His family is concerned for his well being, and RCMP is looking to find and speak with him.

Viczko is described as Caucasian, 6 foot tall, 180 pounds, with red hair and blue eyes. Anyone who has seen or spoken to him, or knows where he is, is asked to contact the rural detachment or Crime Stoppers.