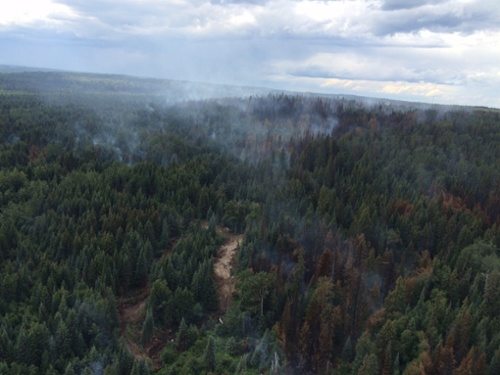 Firefighters are now working to get the wildfire just north of the Cutbank River under control. The blaze along Highway 40 has been contained, and isn’t expected to grow past the fireguard set up around the perimeter over the weekend.

It’s still roughly 80 hectares in size, but there is much less smoke in the area. Drivers are asked to watch out for workers along the road, 50 kilometres south of the city.

Meanwhile, two other small wildfires have sparked in the Grande Prairie Management Area over the past few days due to lightning but they are both under control and less than half a hectare in size.