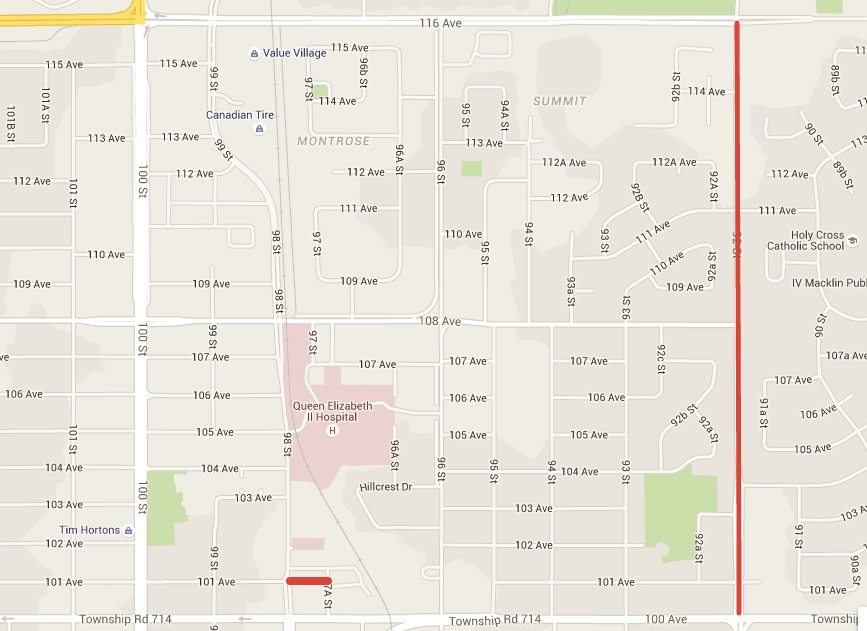 The twinning of 92nd Street from 100th to 116th Avenue is expected to be drivable by this fall. The $5.5 million project has been awarded to Knelsen Sand & Gravel, along with the $682,000 extension of 101st Ave. Mayor Bill Given argues 92nd Street has long been a gap in the city’s transportation network.

“I think residents will be relieved to see this work happening. Obviously it’ll be a busy area over the next number of months; there will be some landscaping and other things that would be left until 2016 to finish up, but the goal and target is to have those new lanes drivable in 2015.”

It will mean traffic disruptions during the construction period. Given adds that the volume of traffic the corridor has seen has increased significantly.

“Given all the development that’s happened on the east side of the city, there are a number of new neighbourhoods over the last couple of decades that have sprung up around there and we haven’t in the past kept pace with that growth, so this twinning will try to alleviate some of that pressure.”

The 101st Avenue extension just south of city hall from 98th to 97A Street is also expected to be mostly done this year. The intersection will stretch towards Rotary House at a cost of $1.1 million. That includes an engineering contract that has been increased by $105,000 to $450,000.