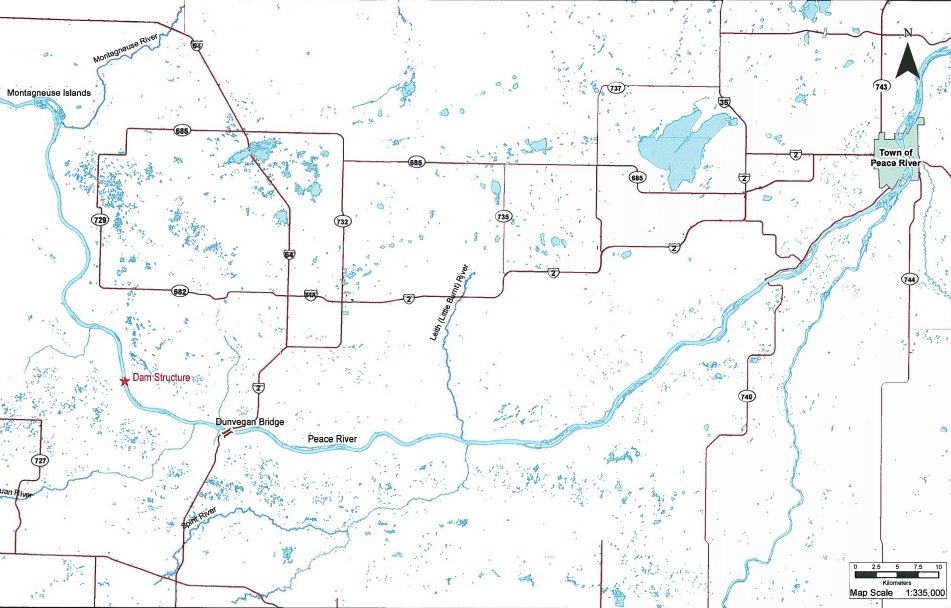 AHP Development has spent this week touring the region, sharing its plan for a 330 megawatt hydroelectric project on the Peace River. The run-of-river project would be located roughly 15 kilometres upstream from the Dunvegan Bridge, and AHP President Paul McKendrick says it’s feasible as the province moves away from coal-fired energy.

“Alberta’s set to retire about 4,000 megawatts of coal-fired generation over the next 15 years, and so this project would replace a portion of that, and importantly, it’s renewable power and it’s baseload power that can be relied on at all times during the day.”

It would also mean a big increase in the province’s hydroelectric generation.

The Amisk dam would flood about 800 hectares of land, where the water level would be raised by roughly 17 metres, affecting two nearby campsites. Its Environmental Impact Assessment is expected to be done in 2016, with construction done by 2023 at the earliest if approved.