Motorcycle memorial to focus on sharing the road safely 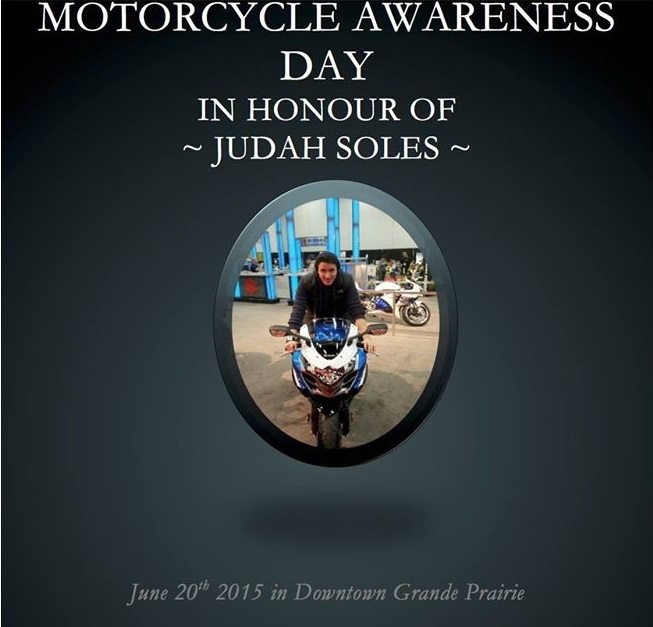 Motorcycle enthusiasts in Grande Prairie are using the anniversary of the death of a friend to educate others about safety on the road.

Judah Soles was killed last June while out riding his motorcycle. Micah Reimer was friends with Soles and says he wants more people to be aware of bikes and bike safety.

He says when he is on his motorcycle he always looks to make eye contact with other drivers to make sure they see him.

“Make sure that you’re always prepared to take evasive action, don’t think that everybody else can see you. When you’re driving, do a double take even if you think there’s nobody there. You’re usually looking for a car but the double take will usually make sure that you can see a motorcyclist if they’re there.”

Reimer says for motorcyclists it’s also much safer to ride with a group than by yourself. The event is being held in downtown Grande Prairie this Saturday.