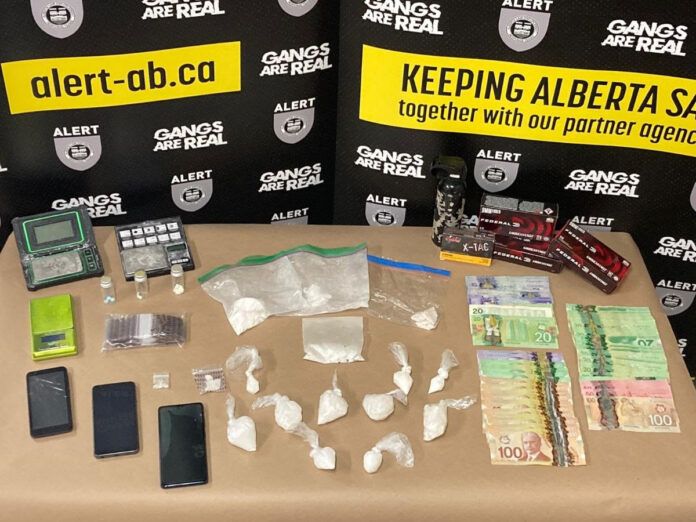 Two men from Grande Prairie men are facing charges after police seized nearly $15,000 worth of cocaine and meth. After an investigation by ALERT Grande Prairie last fall, officials seized 70 grams of cocaine, 179 grams of meth, and smaller quantities of GHB and ketamine. Police also seized $2,885 in cash.

Corporal Keith Marten says the investigation led ALERT and the Grande Prairie RCMP to search an apartment building where the seizure occurred.

“Which poses other risks for the families and children that live there. By arresting habitual drug traffickers, we’re helping to minimize the risk to residents in the community,” Marten says.