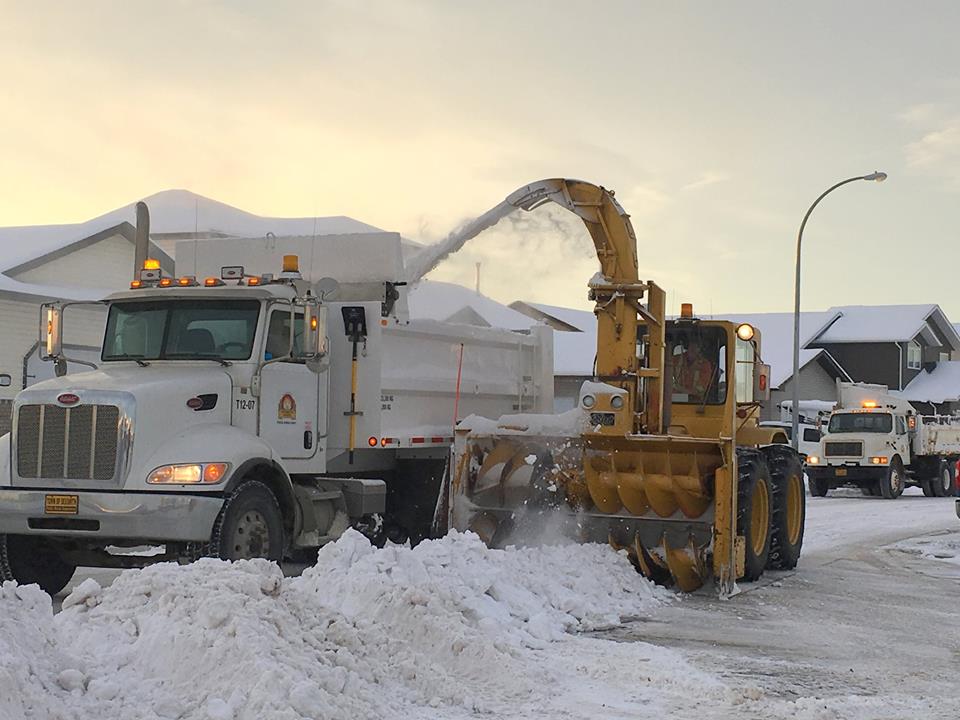 According to officials with the City of Grande Prairie, the additions and changes to the city’s snow removal plan have been a success.

At the beginning of November, the municipality released its plan for the winter when it comes to snow, the plan outlines priority one and two routes, along with a rotational two-week residential schedule. Along with the residential schedule is also new signage that is put up in communities advising them about the snow removal and informing residents to not park their vehicles on the roads.

Wade Nellis Assistant Director of Transportation for the City of Grande Prairie says one of the biggest obstacles when it comes to snow removal is parked cars in residential neighbourhoods.

“This year with the support of council, and in conjunction with our enforcement department we are undertaking a program where we are signing problem neighbourhoods,” Nellis says. “We have been issuing some tickets in cases where there is an obstruction to our crews and it really does make a significant difference in the amount of snow we are able to clear in a given day, or how quickly we are able to clear the snow on any route.”

He says that the communities have been extremely helpful and cooperative this season. The signage project is credited for helping get more cars moved from the roads of those difficult neighbourhoods. So far this season there has only been one significant snowfall in the region, in which crews were able to hit all their service targets for the first clearing of the year. Nellis says crews are prepared for more in the future.

“In transportation, our team of supervisors and lead hands set out goals for the day, and make sure that the roadways we say have been completed, are completed. Then we are tracking everything back here at our office, to make sure we are hitting our service levels. That we are getting all those priority ones done 24 hours after the conclusion of the snowfall, that we are getting all of those priority two roads done without missing any.”

Nellis adds there is a system in place to ensure when a snow event concludes everything on the Transportation Departments’ itinerary is done. With the rest of the winter season ahead Ellis says the transportation crew will be out ensuring they do the best for the community, rain, shine or minus 50.