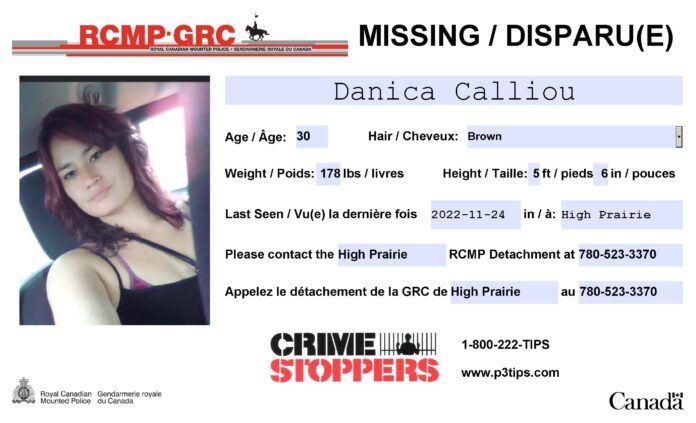 High Prairie RCMP is looking to the public to help them track down a missing 30-year-old woman. Police say Danica Calliou was last seen at High Prairie Hospital on November 24th.

Authorities say there is concern for her wellbeing and she is known frequent High Prairie and Sucker Creek First Nation.

Calliou is described as standing 5’6” and weighing approximately 180 pounds with brown eyes. She was last seen wearing a black sweatshirt and black sweatpants.

Anyone with information on Danica Calliou’s whereabouts is urged to call their local RCMP detachment.