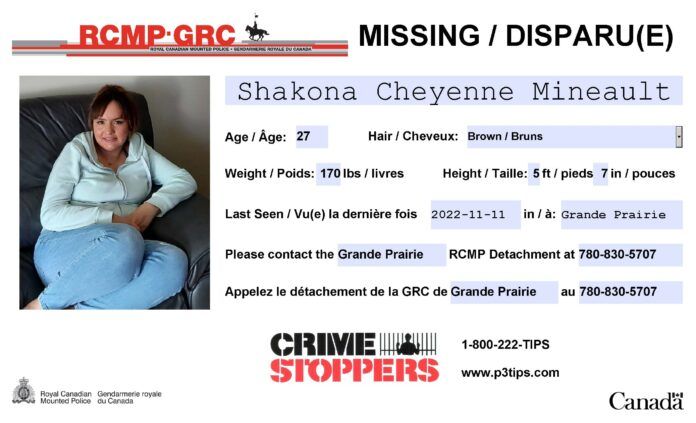 Police in Grande Prairie have reached out to the public for help finding a missing woman. 27-year-old Shakona Mineault was last seen in the area of 100 Street and 116 Avenue on November 11th.

Mineault is described as 5’7″ and 170 pounds with brown hair and brown eyes. She was last seen wearing sweatpants, a two-tone grey hoodie, and white running shoes.

The RCMP says there is concern for the woman’s wellbeing. Anyone with information on her whereabouts is asked to contact the detachment or Crime Stoppers.