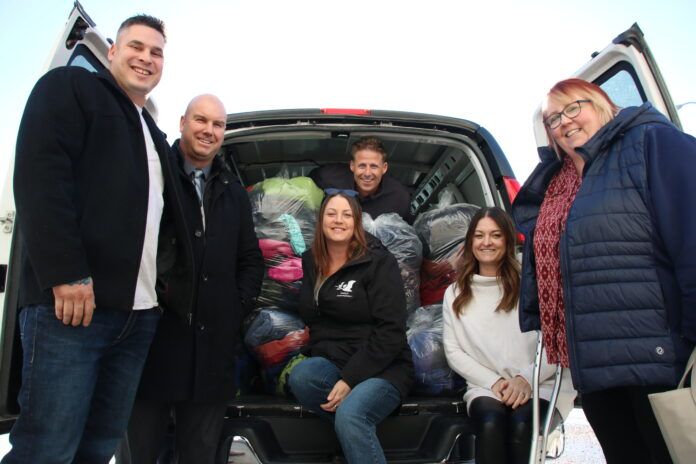 The fourth annual Share the Warmth Campaign saw 219 pieces of clothing collected for those in need. However, the campaign that is put on by BNI Northern Connections and Richmond Dry Cleaners, saw a drop in donations from years past.

Richmond Dry Cleaners General Manager Don Murray says they are still in awe at the generosity of the community at large.

“There was $3,300 in dry cleaning this year, so while it’s down there is still some smile factor going on,” Murray says.

All the donations that were collected during the campaign go to the Odyssey House Emergency Women’s Shelter. Executive Director of Odyssey Lisa Watson says that any and all donations make a huge impact for their clients and those accessing the Odyssey House’s services.

“Year after year replacing winter clothing for growing families and kids can become a pretty big additional cost,” Watson says. “So this really helps with our individuals accessing our services.”

The Share the Warmth Campaign originally started as a small initiative a few years ago, with winter clothing donations laundered for free by Richmond Dry Cleaners. Sherry Crawford, President of BNI Northern Connections, says that over time the campaign has grown.

Those who would still like to help out Odyssey House can do so by checking out the online campaign that is on their website. Watson adds that they are always looking for toiletries, and hygiene products, along with underwear and socks.