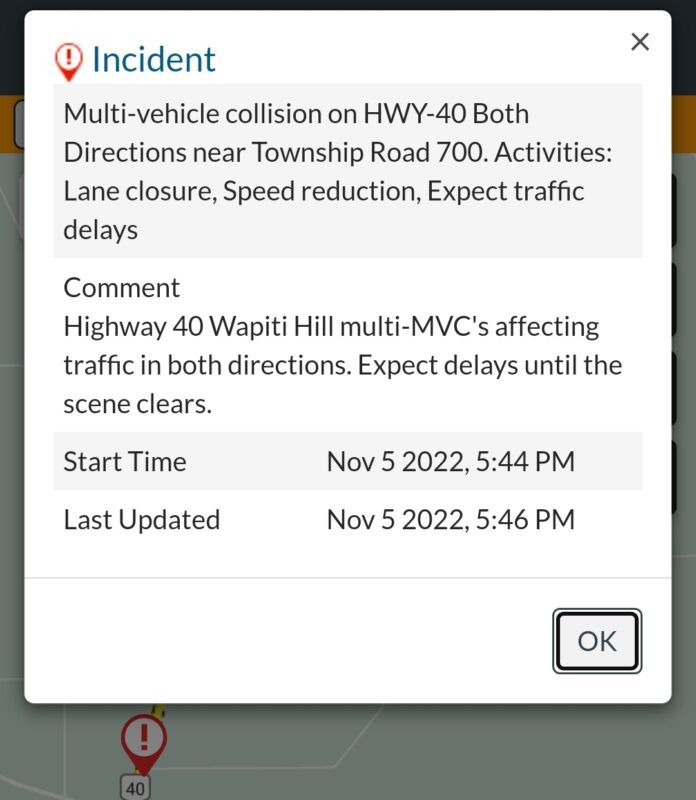 A multi-vehicle crash is partially blocking traffic on Highway 40 at the Wapiti Hill south of Grande Prairie near Township Road 700. The RCMP says north and southbound lanes are affected.

Drivers in the area are warned to expect delays for a few hours while the crash is investigated. The cause is under investigation but it’s believed to be linked to poor driving conditions.

Highways in the Peace Country are reported to be partly covered in snow with poor visibility. Police ask the public to drive with care during inclement weather.